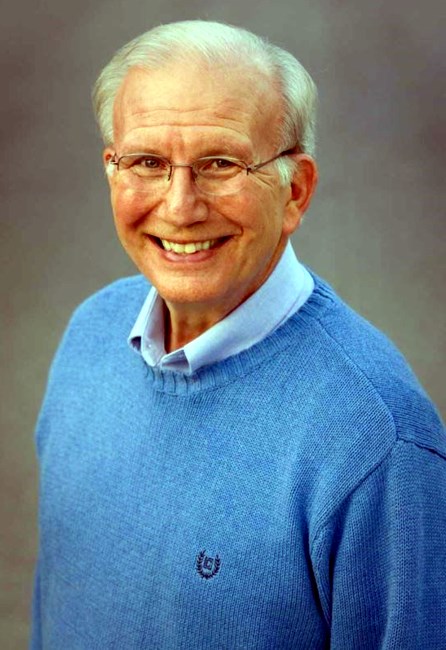 On October 29, Dr. Stephen B. Douglass, beloved husband, father, and grandfather, died of complications with cancer. Steve was the president emeritus of Cru/Campus Crusade for Christ, where he served for 53 years. He was 77. Many would consider Douglass’ start in ministry unconventional. The summer of 1967--between his undergraduate years at Massachusetts Institute of Technology and beginning Harvard Business School--his entire life trajectory changed. Disappointed by the hollowness of academic success, Steve met a group of young people whose lives exuded love and joy. He began a relationship with Jesus Christ. That summer, Steve met a group of Campus Crusade students in his hometown of Rockford, Ill. Academic success had proven hollow; maybe there was meaning in a relationship with God? “What I saw was the love and joy of Jesus beaming forth from the faces and lives of the people in a small group of students,” he remembered. “They didn’t just talk about Jesus; they lived out His presence and power in their lives. It was magnetic and irresistible. One night that summer I sat up in bed and said, ‘God, that’s what I want.’” At the end of his 2-year master’s program, Steve applied his newfound faith to his business mind. He and three Christian roommates spent 800 man-hours and conducted more than 100 interviews for their Harvard thesis on Campus Crusade for Christ. It was an unusual endeavor to focus on a not-for-profit at that time in one of “the high temples of capitalism,” Steve said. They discovered Campus Crusade had grown by more than 50% in one year and was not equipped to handle its expansion, so the project set out a 3-year plan to help the organization adjust and thrive. By the time it came for Steve to graduate, he had calculated the best investment of his life, and a few months later was invited to a celebratory dinner for the top 2% of his class academically. He soon realized the dinner’s real purpose – not necessarily to congratulate the scholars, but to affirm the faculty and administration. They enjoyed hearing that steel companies, Wall Street and family empires would soon receive the best that Harvard Business School had to offer. Each of the 14 graduates told what they would be doing next. Ironically, Steve was last, and the expectancy culminated like an exclamation point punctuating a salute to a free enterprise’s future. Steve took a deep breath. “I have decided to join the staff of Campus Crusade for Christ.” Silence. “Forks dropped,” Steve recalled, “and so did jaws. People averted their eyes and coughed.” The exclamation point curled to a question mark in the uneasiness: Where have we gone wrong? the professors thought. He’s joining the not-for-profit sector? This is not ethical! After graduation in 1969, Campus Crusade founder Bill Bright, a former businessman himself, asked who would implement the thesis project’s recommendations. Steve’s response had already been decided: I will. Since then, Steve served skillfully, applying his learning and more as Bill Bright’s administrative assistant, vice president for administration, executive vice president, U.S. director and finally president designate in August 2000. He served as presisent for 19 years, until 2020, when he sensed God asking him to step down. Many people expected Steve to bring in a new program or project as the launch of his presidency began years ago, but when he sought God, Steve got a different message. He awakened early one morning in August 2002 to sense the Lord saying, “movements everywhere”. That phrase became a concrete rallying cry, one that was measurable and motivational. Steve’s heart was flooded with tremendous excitement over what God had planned: Everywhere there would be local movements of God, people who band together in the power of the Holy Spirit to own the goal of teaching others to teach others to teach others about Jesus. Just like the group of students he met the summer of 1967, whose infectious faith helped him come to Christ. My primary role,” Steve said at the time, “is to make Cru effective in helping to fulfill the Great Commission by building spiritual movements everywhere.” He faithfully oversaw 16,000 staff members in more than 190 countries for 19 years. “Steve Douglass will be remembered for many things,” said Steve Sellers, Cru’s third and current president, “among them making the most of every opportunity to tell someone about Jesus, his brilliant mind and humility, but also his partnership with his wife of 47 years, Judy. He modeled a consistent walk with God as a servant-leader encourager, who prayed daily for me and hundreds of others.” “Even though we all rejoice that Steve is with Jesus, this is a tremendous loss for the family and Campus Crusade for Christ/Cru. A great missionary statesman has gone home,” said Sellers. Douglass authored or co-authored several books, including Managing Yourself, How to Achieve Your Potential and Enjoy Life, How to Get Better Grades and Have More Fun and Enjoying Your Walk with God. He also founded the radio program, Making Your Life Count, which airs daily on 1,500 stations. Recently, Douglass had served on the boards of the National Religious Broadcasters, the National Association of Evangelicals and Global Media Outreach. Steve is survived by his wife, Judy, his brother Bradd Douglass, three grown children, Debbie Runyon (Nicholas), Michelle Essary (Brad), and Josh (Lesley); and, 10 grandchildren. His service is scheduled for 10 am, EST, on Friday, November 18 at Discovery Church, Sand Lake Campus, Orlando, and will be livestreamed here https://youtu.be/QCDkkBmmYjc The Douglass family has requested that any in memoriam gifts be made to the Steve Douglass - Great Commission Fund: https://give.cru.org/1168684 Fond memories and expressions of sympathy may be shared for the Douglass family in the online guest book below.
See more See Less

In Memory Of Steve Douglass