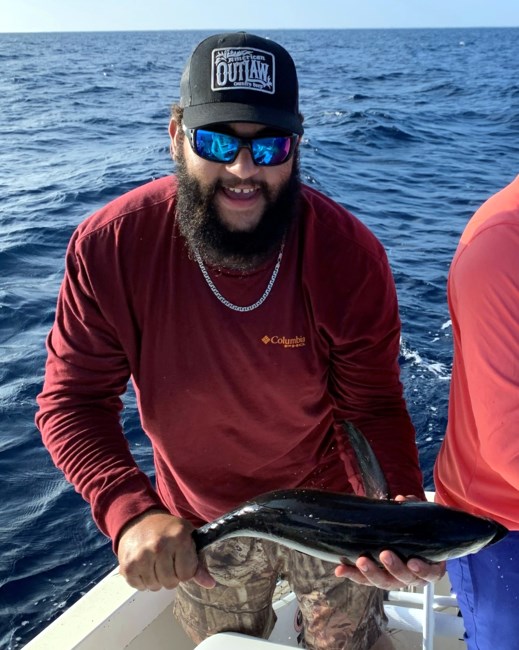 Zachary Stephen Hagan, 23, of Oviedo, Florida passed away on January 15, 2023. He was born in Orlando, Florida on January 30, 1999. Zach attended Wekiva High School and graduated from Mid Florida Tech College with a license in Diesel Mechanics and went on to work for Rush Trucking Centers. Zach was known by his family to be a “gentle giant” who had a loving and bubbly personality. He was a sportsman who loved the outdoors, fishing, bbq’ing, eating and listening to country music. He will be truly missed by all who knew and loved him. Zachary is survived by his grandmother Katie Gardner with whom he made his home; his mother Beth Sanchez and dad Jay Sanchez; his brothers William Hagan, Ian Sanchez, and Niah Sanchez; uncle Robert Banyas; nephew Hudson Sanchez and his mother Casey Spurlin along with many aunts, uncles, cousins and friends. Zach is preceded in death by his Papa Bobby Gardner. A visitation for Zach will be held 10AM – 12PM, Saturday, January 28, 2023 at Woodlawn Funeral Home, Gotha, Florida with services to begin at 12PM.
See more See Less

In Memory Of Zachary Stephen Hagan