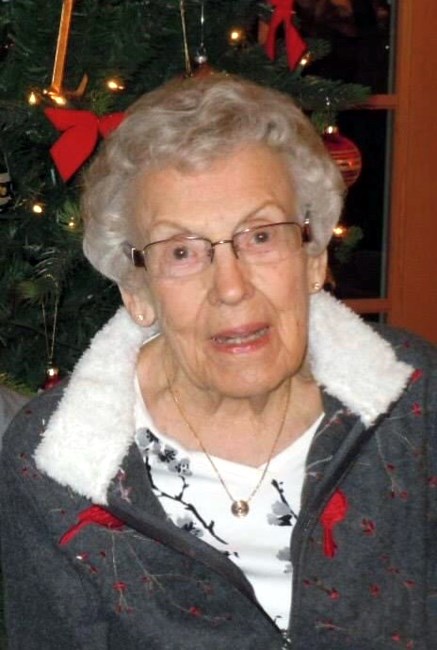 Janeth Mae Nock of Flint, Michigan was Promoted to Glory on Thursday, January 20, 2022 at 94 years of age. Beloved wife of Samuel for 72 years; adored mother of Marjorie (Ken) Clausen, Suzanne (Lionel) Wernette, and Jim (Terry) Nock; proud grandma of Jeffrey Clausen, Andrew (Katie) Wernette, and Bradley (Melanie) Wernette; great-grandma of Eleanor and Penelope Wernette; dear sister of the late Jean and late Marjorie. She is also survived by nieces, nephews, and extended family members. Janeth was born on December 6, 1927 on Baltimore, Maryland to Earl and Jesse Crawford. She was raised in St. Paul, Minnesota and met her future husband, Sam, in Chicago in 1945. They were married in 1949 and moved to Ypsilanti, Michigan and then on to Flint in 1953 and raised their family. Janeth worked as a bank teller for over 20 years and was a lifelong Salvationist with the Salvation Army. She was accomplished in quilting and needlework and enjoyed crossword puzzles and reading. Following their retirement, she and Sam would spend their summers in Oscoda and winters in Florida. The family kindly requests that memorial contributions be directed to Crossover Outreach, 414 W. Court St., Flint, MI 48503 At this time, the family has chosen to remember Janeth with private services. Inurnment at Great Lakes National Cemetery at a future date. Fond memories and condolences may be offered to the family via the online guestbook at www.BrownFH.com
See more See Less

In Memory Of Janeth Nock