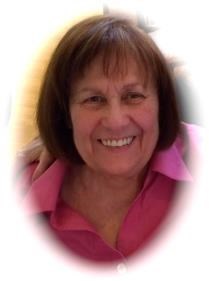 Lucy Morrissey Northrup, 78, of Flint, passed away peacefully, on Friday, March 13, 2015, after a long battle with Alzheimer’s. Lucy was born on April 10, 1936, in Duluth, Minnesota. She was the eldest of two daughters of Cecil and Jessie Larson, who preceded her in death. Her family moved to the Chicago area in 1941, and she graduated in 1954 from New Trier High School in Winnetka, IL. She attended Michigan State University and received a Bachelor of Arts and Masters from the University of Michigan. She married John Northrup in 1982 and they lived happily in the Mott Park area for over 32 years. Lucy was a parishioner of St. John Vianney Church for over 50 years and was a person of strong faith. She was a teacher in the Flint Public Schools for 30 years. She was passionate about her teaching and loved teaching reading to first grade students. Lucy loved talking politics and was very involved in the local Democratic Party. A memorable time for her was attending the Democratic National Convention, as an alternate delegate for Genesee County. Lucy was the happiest being with her family and friends. Family was an important part of Lucy’s life, where she cherished the time they all met every year at her beloved “Ark” on Lake Michigan. She enjoyed reading, traveling, visiting her children and grandchildren, time with friends, music, and being involved with local Flint politics with her husband, John. Some of her favorite travels were going to the Iditarod in Nome, Alaska; visiting relatives in Molde, Norway; and traveling extensively throughout Europe, Australia, Israel, and the United States. Lucy was dearly loved by her family and will be deeply missed. She is survived by her devoted husband, John Northrup of Flint; sister Cecily Barnwell, her husband Dick (deceased) and sons Rick, Tom and David; five children: Mary Nordstrom, her husband Paul and children John and Megan of Bellevue, WA; Martha Morrissey, and children Catherine and Claire of Bellevue, WA; John Morrissey, his wife Laura and children Sean, Andy, and Jamie of Rochester Hills, MI; Jim Morrissey, his wife Amy and children Michael, Caitlin, Anna and Matthew of Lincolnshire, IL; and Anne Rainis, her husband John and children Sarah and Emily of Lincolnshire, IL; step children: Sam Northrup; Jonathan Northrup, his wife Margaret; Jenny Austin (deceased); and four step-grandchildren and two step great-grandchildren. Visitation will be held 2-8PM Sunday, March 22, 2015 at Hill Funeral Home, 11723 S Saginaw St, Grand Blanc with a prayer service starting at 7pm. Funeral Mass for Lucy Northrup will be celebrated at 11AM Monday, March 23 at St. John Vianney Church, 2415 Bagley St., Flint with a reception following in the school banquet hall. In lieu of flowers, remembrance donations may be made to St. John Vianney School and Hometown Hospice.
See more See Less