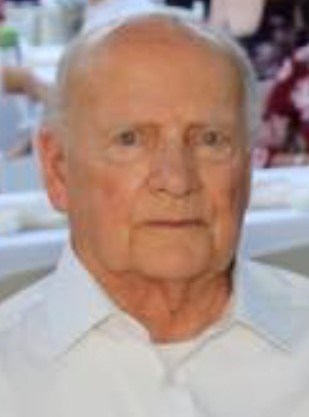 . COURNEY, Robert James - age 87 died Wednesday, August 3, 2022 peacefully with family at bedside. Cremation has taken place. Robert was born in Flint, MI April 25, 1935. He resided in Burton and for 30 years "snowbirded" down to Harlingen, TX. Robert (Bob) married Alice Foster July 3, 1962. He served a total of 4 years between the Army Reserves and the US Army. He worked at General Motors his whole career and retired in 1987 after 35 years. He enjoyed golfing, pool, going to the shooting range and getting together at the club house while in Texas. He is survived by: son, Robert G. Courney, daughter; Lisa Shofner (Courney), step-son; Joseph Wendt (Wanda) of Gladwin, step-daughter; Salle Gean (Jerry) of Swartz Creek, numerous nieces and nephews, grandchildren and great grandchildren. He was preceded in death by his parents Willard Courney and Goldie Lloyd, wife of 60 years Alice Ellen Courney, daughter; Theresa Courney Powell Bronson, son; Scott Courney, sisters; Carol Coe, Joyce Hoose and Karen Hammett, brother; Willard "Bill" Courney, brother-in-laws; Norman Hammett and Patrick Hoose. There will be a celebration of life for both Alice and Bob at a later date. Special thanks to the nurses at Genesys Hospital and Dr Dale Hansen who took such great care of Bob. In lieu of flowers donations can be made to the St Jude's Children's Hospital Fond memories and expressions of sympathy may be shared at www.brownfh.com for the Courney family.
See more See Less

In Memory Of Robert James Courney