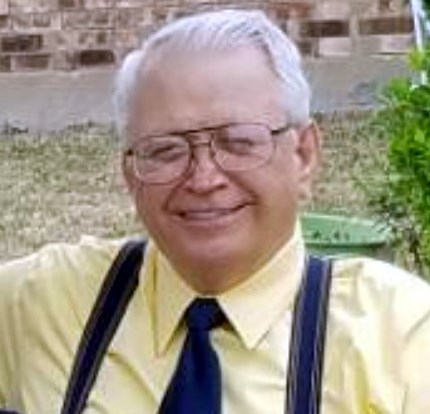 Charles William Roark (Bill), age 66, of Arlington, Texas left this earthly home and moved on to his heavenly reward in the early hours of November 13, 2021. Our dear husband, father and grandfather fought a long battle of sickness. As we watched him suffer and decline, his spirit and attitude never gave way to the disease that ravaged his body. Bill maintained a positive outlook and continued to make plans for the future. To say he will be missed is a huge understatement. His absence is already creating a huge void in all the family’s lives and hearts. We will struggle to go on; however, God’s grace will be sufficient. Bill was born on August 7, 1955 in Bristol Virginia. He was the third child born out of seven to Clayborne Edwin and Christine (Cook) Roark. Many stories can be told of Bill’s mischievous nature and knack for getting into trouble. He had many friends and was often the life of the party. This very gregarious personality trait is actually what first annoyed his high school sweetheart. He chased the one young lady who wasn’t impressed with his shenanigans. Pamela Pruiett used to say she couldn’t stand that boy Billy! He won her heart and they were married on January 30, 1976. Having joined the army before they were married, they began their lives together as a typical military couple and the moving began. Throughout the years of different assignments and locations across the United States, three children were born. After dedicating 27 years to his military career, SFC Charles Roark retired and moved to Arlington, Texas. It was here where Bill was saved and changed forever by his savior Jesus Christ. He became a member of the Arlington Bible Missionary Church in 2005. He faithfully served Jesus until his last breath. Bill was preceded in death by his father at the tender age of 3 and his brother Michael Roark in 2007. Then, in 2008, he lost his second father, his father-in-law, Reverend Vernon Pruiett. Bill dearly loved this man of God and they are no doubt rejoicing together right now. And lastly, he was preceded in death by his stepfather Charles (Chuck) Lory in 2016. Bill is survived by his wife, Pamela Kaye Roark; three children, Kimberly Cleveland (Justin), Kelly Shoemake (Brandon), and Chad Roark (Ayesha). Bill is also survived by his mother, Christine Lory; three brothers, John Roark, Joe Roark and Bob Hipshire; two sisters, Sandra Ross and Cathy Shephard; six grandchildren and one honorary granddaughter, Alexis Cleveland, Justin, Jr. (Bubba) Cleveland, Harmony Headen, Chazz Roark, Kayelynn Cleveland, Gavin Shoemake and Oliver Roark. Bill is also survived by his church family and many hosts of friends and acquaintances. He will be greatly missed by all who knew him. A visitation will be held from 12:00-2:00 PM with services to begin at 2:00 pm on Thursday, November 18, 2021 at Bean Massey Burge Funeral Home, 2951 S. Belt Line Road, Grand Prairie, Texas 75052. Fond memories and expressions of sympathy may be shared at www.beanmasseyburge.com for the Roark family.
See more See Less

In Memory Of Charles William Roark