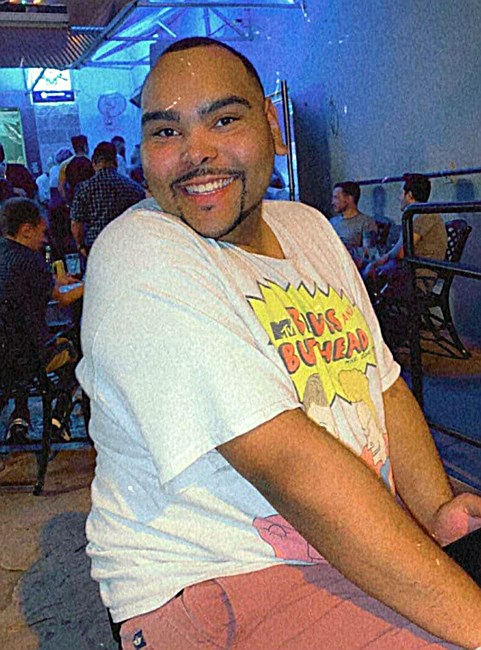 Erick Nwokekelh Fowler, Jr., 22, passed away on Sunday, January 8, 2023. Erick, Jr. was born in Grand Prairie Texas on April 14, 2000 to mother, Netasha and father, Erick, Sr. He most recently resided in Mustang, Oklahoma, where he graduated High School in 2018 and was currently a college student at Central Oklahoma College, studying a minor in Nursing and his major in Psychology. Erick worked at Mercy Hospital as a phlebotomist, until he would have finished nursing school in April 2023. He leaves behind his mother; brother, Chris; sister, Ericka; father; grandmothers, Katrina and Rosa; aunts and uncles, Britney, Stephanie, Tony and Chris; and a number of cousins. Erick was a bright light in many people's lives and made a major impact on anyone he encountered for a short or long period of time. His smile was infectious. He was such a loving, caring person, with such a good heart that he would give the shirt off his back to someone in need. He was the life of the party and he will be missed dearly, for he was loved by so many. A visitation for Erick will be held Tuesday, January 24, 2023 from 10:00 AM to 12:00 PM at Grand Prairie Funeral Home, 733 Dalworth Street, Grand Prairie, TX 75050. A funeral service will follow at 12:00 PM. A committal service will be held on Tuesday at Moore Memorial Gardens, 1219 North Davis Drive, Arlington, TX 76012. Serving as pallbearers are Chris Fowler, Jadon Harsha, Johnavon Harsha, Luke Jones and Joe Ephraim . Fly high my baby. Until we all see you again. This isn't goodbye, it is, I will see you later. Gone from here but never forgotten. Fond memories and expressions of sympathy may be shared at www.grandprairiefh.com for the Fowler family.
See more See Less