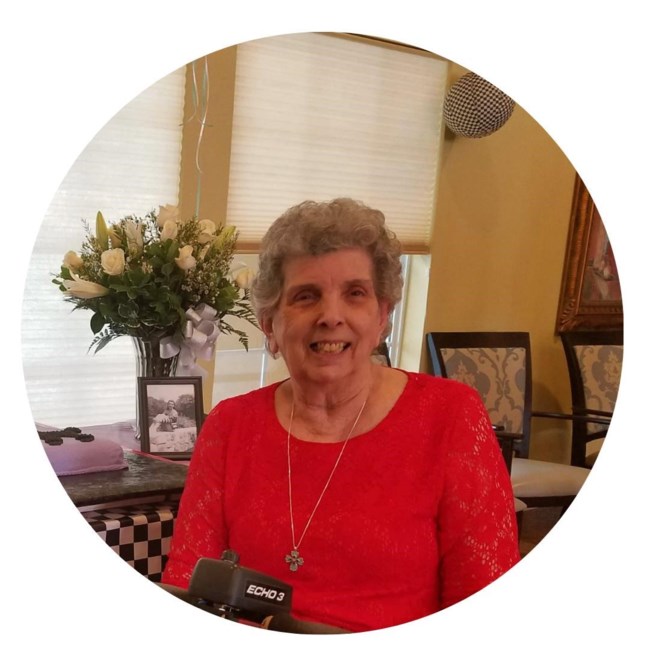 Rosanne (Bencivenga) Bonanno, 83, of Arlington, Texas, passed away on January 25, 2022, after a lengthy battle with COPD. She was born in Brooklyn, New York on July 25, 1938, the firstborn of the late Salvatore and Antoinette (Della Sala) Bencivenga. She married the love of her life, Joseph Bonanno, on May 24, 1958. They moved from Brooklyn to Long Island in 1969 where they raised their three children, Gina, Chris, and Keri, until Joe's death on January 1, 1986. After her husband's death, Rosanne moved to Las Vegas, Nevada to be near her parents and brother, Robert. Always true to her New York roots, she became a member of The Brooklyn Club of Las Vegas where she made more life-long friends. She also met and married her second husband, Albert Precious. They were married until his death in 1995. After Al's death, Rosanne moved several times over the coming years to be near each of her children. She moved between Texas, Las Vegas, and Long Island, and finally settled in the DFW area of Texas in 2013. Rosanne held a variety of jobs over the years including a school bus driver on Long Island and a 911 dispatcher in Las Vegas. After retiring in Texas, she did volunteer work both as a reading buddy in a local elementary school and as a religious education classroom aide at St. Michael's Church in Grand Prairie. An avid sports fan, Rosanne and Joe spent many years participating in a bowling league. She was VP of the Copiague girls' softball league for several years when the kids were young playing rec league ball. She could spend countless hours watching tennis on TV and started following OU football, softball, and gymnastics when her granddaughter, Lindsey, started school there. But at her core, she was a die-hard fan of the Bronx Bombers - the NY Yankees. Rosanne loved music and came of age at about the same time that rock-and-roll hit the scene. She and her sister, Grace (affectionately known as "Bunny" by the family), were members of a singing group called The Coney Island Kids. They had a couple of singles and performed in the movie, "Rock, Rock, Rock" with Alan Freed and Tuesday Weld. Rosanne enjoyed traveling. There were annual family vacations to Lake George in upstate New York, and they also visited Disney World in Florida. Later, she travelled to Hawaii and Italy. Rosanne continued to travel to visit family until her MS and COPD made travel incredibly difficult. Thanks to social media, she was able to stay in touch with family and life-long friends no matter where they were. Family was very important to Rosanne and she was never happier than when she was able to spend time with her children, grandchildren, and great-grandchildren. She was immensely proud of them all. Rosanne is survived by her daughter Gina Morrison and her husband Dennis of Grand Prairie, Texas, her son Chris Bonanno and his wife Penny of Henderson, Nevada, and her daughter Keri Najdzion and her husband Tommy of Riverhead, New York. She is also survived by her grandchildren Samuel and Leah Harper, Lindsey Morrison, Jeremy and Evelyn Imberger, and Bianca Bonanno, as well as three great-grandchildren, Eli Harper, Hailey-Jayde Imberger, and Ruby Harper. Rosanne is also survived by her sister Grace Federico of Hazlet, New Jersey, her brother Robert Bencivenga and his wife Teena of Henderson, Nevada and numerous cousins, nieces, nephews, and godchildren. A rosary for Rosanne will be held Saturday, February 19, 2022 from 2:00 PM to 2:30 PM at Bean-Massey-Burge Funeral Home, 2951 S. Belt Line Road, Grand Prairie, TX 75052, followed by a memorial service from 2:30 PM to 3:30 PM. A reception will immediately follow at 3753 Corn Valley Road, Grand Prairie, TX 75052. Fond memories and expressions of sympathy may be shared at www.beanmasseyburge.com for the Bonanno family.
See more See Less

In Memory Of Rosanne Bonanno