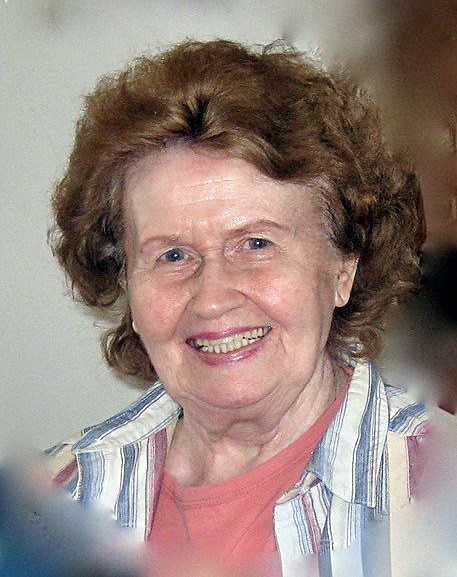 Jennie Holmes of Grand Rapids, Michigan (97) stepped in the arms of Jesus on Thursday, May 5th, 2022. Jennie was born in Kent County, Michigan on March 16th, 1925 to Julius and Helen Bielski, immigrants from Poland. Jennie graduated from Union High School in 1944 and was married to Daniel Holmes in 1947. As a young woman, she worked in Herpolsheimer’s in downtown Grand Rapids. She was active in PTA while raising her children. Jennie returned to work in retail, including Lane Bryant. She loved camping at Lake Michigan and picnics at local lakes and parks. Later in life, Jennie worked as a caregiver through her 70’s. Jennie always put her family first. Jennie enjoyed keeping up with the activities of her children and grandchildren. She enjoyed travels to Alaska and Washington to visit her grandchildren. Jennie is member of Grand Rapids First and a prior member of Burton Baptist Church. Jennie is survived by her children, Daniel (Sherry) Holmes; Connie (Jim) Boeske; Sherry Steffens (Jim Remington); and Cynthia (Devon) McKenna. She was blessed with 11 grandchildren, 11 great-grandchildren and her grand-niece Joylynn Gil and her five children. She is preceded in death by her sister Lucy Hatton, brother Chester Bielski and former husband Daniel Holmes. Services will be held Monday May 9, 2022, at 11:00 a.m. at Grand Rapids First Prayer Chapel on 2100 44th St. SW, Wyoming, MI 49519.
See more See Less

In Memory Of Jennie Holmes