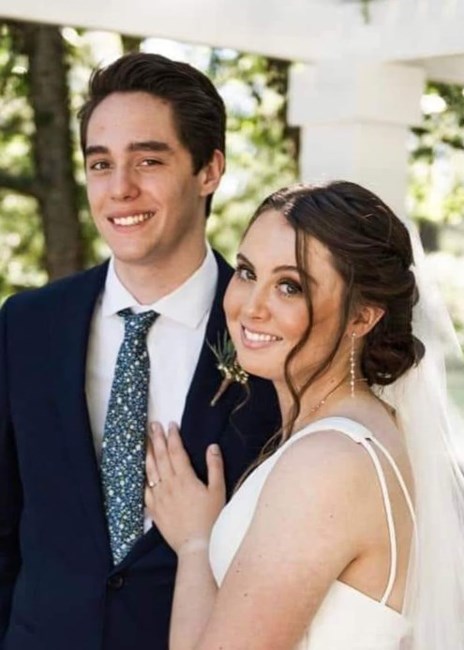 In his 22 years, Daniel Floyd served as a beloved friend to all, bringing so much joy, creativity, and laughter into the world. His delightful personality and kind spirit endeared him to everyone he encountered. From his first years, he amazed his family with his intelligence and made our hearts soar with his sense of humor. He enjoyed playing music and attending concerts and was passionate about computer programming. He was a root beer aficionado, brewed coffee like a professional barista, and threw the best game nights for his friends. Donuts and cereal didn’t stand a chance when he was around. Most importantly, Daniel loved Jesus and went to his eternal home September 18, 2022. Born July 22, 2000, to missionary parents, Tony and Jean Floyd, Daniel loved growing up in the “tranquilo” lifestyle of Paraguay with his two brothers. His creativity soared when making up crazy games to play outside with his buddies. Daniel also enjoyed attending homeschool co-op, where shoes were optional. Daniel met his wife, Addison, in his beloved Paraguay, when her family came to serve on the field. After a four-year courtship, they married July 9, 2022. Several people commented that he was the happiest groom they had ever seen - and not just because of his enthusiastic dance moves. He and Addison resided in Grand Rapids, Michigan, where Daniel finished his computer science degree in May from Grand Valley State University. His intelligence, artistic ability, and sense of humor served him well at Health-e Commerce where he worked as a web developer. Daniel’s silly sense of humor and contagious laugh will be missed by all. He is survived by his wife, Addison; parents Tony and Jean; and brothers Luke and David. A memorial service will be held 11 a.m. Saturday, September 24, 2022 at Prosper Christian Reformed Church, 1975 E. Prosper Road, Falmouth, MI 49632. A time of sharing and refreshment will follow. If you would like to make a donation in Daniel’s honor, a GoFundMe page has been created: https://www.gofundme.com/f/addison-floyd?qid=6da44641237d3a6f685976af98327aa4
See more See Less

In Memory Of Matthew Daniel Floyd