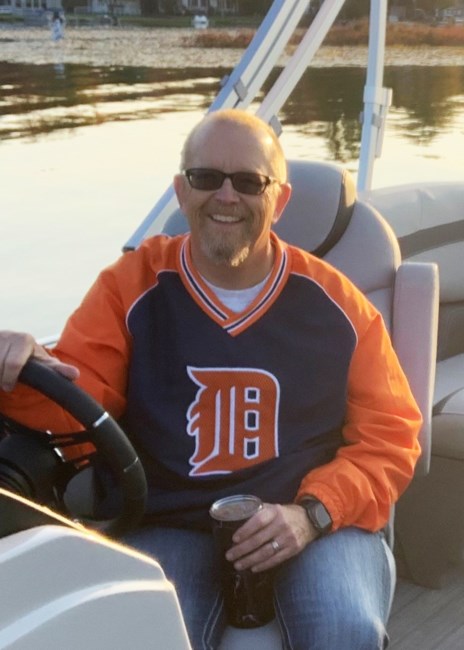 On Friday, May 6, 2022, Tom Bartosiewicz, passed away at the age of 57, surrounded by family and loved ones. He was preceded in death by his mother, Cheryl Bartosiewicz; brother-in-law, Bill Whalen. He is survived by his wife of 15 years, Caroline “Katina” Bartosiewicz; father, Edwin Bartosiewicz; children Chris (Amber) Bartosiewicz, Amanda Bartosiewicz, Andrew Bartosiewicz; stepdaughters Kendra and Makenna Nienhuis; grandchildren Bailey, Caleb, and Ellowyn; sister, Therese Whalen; father and mother-in-law Tom and Katie Kusmierski; and very special brother and sister-in-law TJ and Joann Kusmierski, and their children Jeremiah, Noah, Emma, Alivia. Born Oct 22, 1964, Tom was a graduate of Creston High School and Davenport College. Tom served his country in the Army for four years. Tom was a dedicated employee of 27 years for Amway spending most of that time in Global Supply Chain. Being with family and friends was always priority for him. Anyone who knew him, knew how much they were loved by him. In 2009, he received the generous gift of a kidney, from his sister, that allowed him to live his life to the fullest. He and his wife were often teased about never being separated, as they did everything together, including both working from home for Amway. Together they enjoyed golfing, bowling, traveling, cruising, riding his Harley, Jeep trails, boating, fishing, crossing his fingers for the Lions, playing his guitar and drums, spending time in Florida, and most importantly, Jack Daniels “Toddy Time” with his father-in-law. A man with so many passions, he sure kept busy, but he never failed to make time to take care of anyone who needed his help. Whether it was tech support, helping with home improvements, doing some research, or just being an open ear, one could always count on him. His charisma and witty humor will forever be unmatched. Visitation will be held from 4-7 p.m. Tuesday, May 10, 2022 at Cook Memorial Chapel (East building), 4235 Prairie St. SW, Grandville, Michigan. In lieu of flowers and in memory of Tom, contributions may be made to the PKD Foundation. The family welcomes memories and messages in their guest book online at www.cookcaresgrandville.com.
See more See Less

In Memory Of Thomas Michael Bartosiewicz