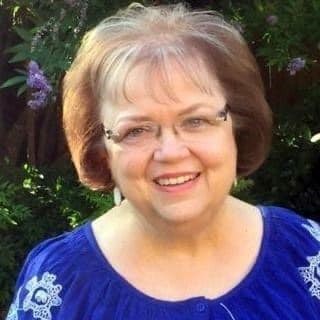 Janet Post Dodson, 72, passed away peacefully with her family surrounding her on January 19, 2023. She was born Janet Lillian Post on September 20, 1950 in Ruston, Louisiana, the second of five children to Aylmer B. Post Jr. and June Goodson Post. Janet was defined by her close-knit family, and her best childhood memories were of spending time on her grandparents’ farm in Ruston. There, the 15 first cousins of the Post family frequently gathered to ride horses, play in the creek, and grow up together. Janet’s family eventually moved to Shreveport, and she graduated from C.E. Byrd High School in 1968. Janet then earned a degree in Elementary Education from Louisiana Tech University where she was a member of the Kappa Delta sorority and the Angel Flight booster club. In 1972, Janet married her high school sweetheart Bob Dodson. She adored him for the full 51 years of their marriage, and they were rarely apart. Janet and Bob had three girls: Jenny, Brooke, and Nancy Beth. Janet was a deeply devoted mother who never missed a major event or milestone in her children’s lives. She was the absolute best dance mom, school poster designer, homework helper, and kid taxi driver there was. And just when her daughters thought she couldn’t love them more, along came her grandchildren: Tate, Blake, Lily Jane, and Ella Jane to whom she will always be the beloved ‘Mia.’ The “cousin camps” she organized every summer will be legendary in their memories. Janet’s calling was her career as an elementary school teacher. She was deeply honored to be named the Teacher of the Year for the Grapevine-Colleyville Independent School District, but what meant even more to her were the cards and letters she frequently received from former students telling her about the difference she made in their lives. She had a true gift and love for her students. Janet also loved her church. As a member of St. Timothy Cumberland Presbyterian for 50 years, Janet was involved in almost every aspect of her faith community. She not only helped start the Mother’s Day Out program that is now a well-regarded preschool, but she also taught Sunday School, led Christian Education, organized craft fairs, and was particularly known for her creatively themed bulletin boards. Her church friends were like family to her. Throughout all of these aspects of her life, Janet was known for her sense of humor. Whether she was playing practical jokes on her husband or telling her students she would “stuff them in their pencil box,” Janet brought joy and laughter to every situation. Her family, friends, and students will be laughing for years to come as they remember their favorite Janet Dodson stories. Janet is preceded in death by her parents Aylmer B. Post, Jr. and June Goodson Post. She is survived by her husband Robert E. Dodson of Colleyville; her daughters Jennifer Dodson Robertson (Rob) of Memphis; Brooke Dodson of Colleyville; and Nancy Dodson Bingham (Todd) of Grapevine; four grandchildren: Tate and Lily Jane Robertson of Memphis and Blake and Ella Jane Bingham of Grapevine; and her siblings: Buz Post (Cobina), Frank Post (Dina), Kathy Helgason (Randy), and David Post. She is also survived by numerous beloved cousins, nieces, nephews and in-laws. A visitation with the family will be held on Thursday, January 26 from 4 to 6 p.m. at J.E. Foust Funeral Home in Grapevine. A graveside service will be held on Friday, January 27 at 2:30 p.m. at Bluebonnet Hills Cemetery in Colleyville. The location is off Hall Johnson in the Garden of Remembrance. The memorial service will be on Friday, January 27 at 4 p.m. at St. Timothy Cumberland Presbyterian Church in Bedford. In lieu of flowers, the family asks that donations be made to St. Timothy Cumberland Presbyterian Church at 3001 Forest Ridge Dr, Bedford, TX 76021.
See more See Less