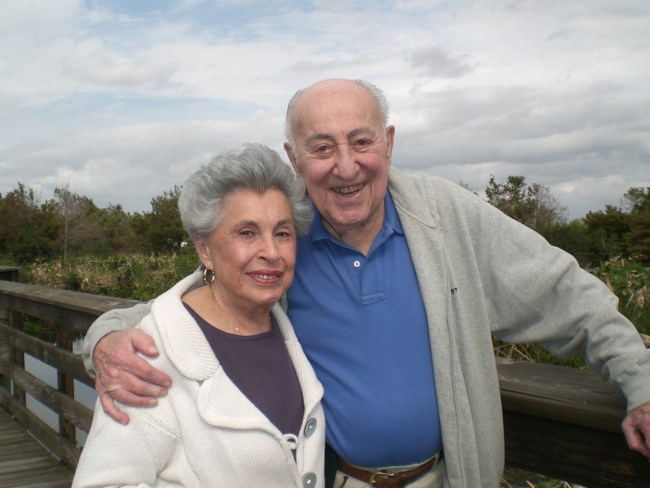 Maurice H. Goetz, 94, died on Monday, December 3rd. He grew up in the Bronx, went to City College and joined the Army Air Corps at the beginning of our entry into World War II. He became a captain and piloted a B17 bomber. After he flew 35 missions over Europe, he trained cadets. Maurice was a great athlete who played basketball and tennis and was an avid skier. He went to Harvard Law School on the GI Bill and became a partner in three law firms. He headed Rosenman & Colin’s labor law department when he retired. He was married to his beloved wife Pearl for 70 years. He was deeply loved by his daughters Susan, Janet and Jill and his grandchildren Conor, Gregg and Danielle. He is also survived by Danielle and her husband Charlie’s newborn great-grandchildren, Sawyer and Tate. Maurice had a contagious joie de vivre and lived a full and happy life. He was admired, valued and loved. Funeral services Wednesday December 5, 2018 at 12 Noon @ Riverside-Nassau North Chapels, 55 North Station Plaza (Opposite LIRR), Great Neck, NY 11021, (516) 487-9600, riversidenassaunorthchapels.com.
See more See Less

In Memory Of Maurice H. Goetz