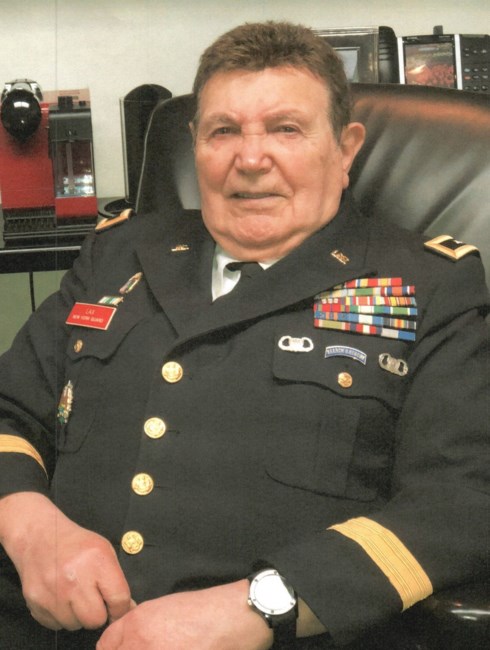 Pierre David Lax, age 86, of Hauppauge, New York passed away on Thursday, January 13, 2022. Pierre was born February 14, 1935. Pierre is survived by his beloved spouse, Jhoanna C. Lax, loving father to Louise Lax, Michelle Lax, Sabrina Lax, Jonathan Lax & Angela James-Penn. Devoted grandfather to his 7 grandchildren and 3 great grandchildren. Cherished by his brother Robert Lax, as well as a host of other relatives and friends. He will be missed deeply by all. A funeral chapel service for Pierre will be held Monday, January 17, 2022 from 12:00 PM to 1:00 PM at Riverside-Nassau North Chapel, 55 N Station Plz, Great Neck, New York 11021. In lieu of flowers, contributions in Pierre's memory may be made to Operation Smile, https://www.operationsmile.org/?_ga=2.77599764.1054785219.1642274927-1525633629.1642274927&_gac=1.184836827.1642274927.CjwKCAiA_omPBhBBEiwAcg7smUwEFxYHyAyfvwpokFUxsWEIkXapf9_3ZsZ-wjiKFsXB16T5-WZCSBoCXv8QAvD_BwE. Fond memories and expressions of sympathy may be shared at www.riversidenassaunorthchapels.com for the Lax family.
See more See Less

In Memory Of Pierre David Lax