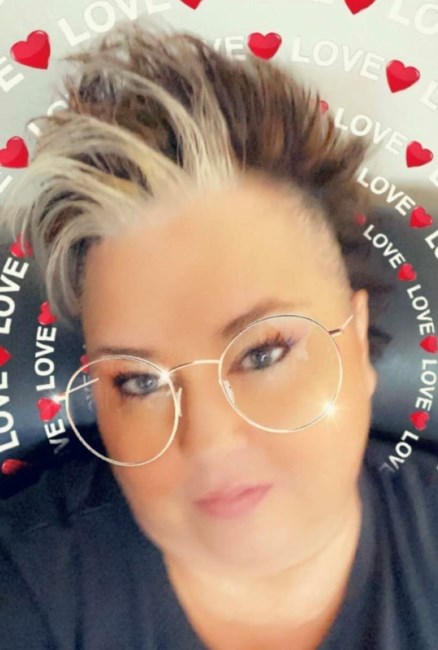 Bobbi Adler, of Kersey, passed away on January 14, 2023, at the UC Health Hospital of Greeley. She was born on August 27, 1970 to William and Sharon (Boyd) Kruger in Sterling, Colorado. Bobbi and her twin sister, Brenda, were raised in Sterling area and Bobbi was a 1988 graduate of Caliche High School in Iliff, Colorado. In 1991, Bobbi and her family relocated to Greeley, Colorado. She met Dave Adler in 1991, and they were married on May 27, 1995 in Las Vegas, Nevada. Bobbi was a loving mother to the daughter she had with Dave, Kylee, and a loving step-mother to Garrett, her step son. Bobbi was a wonderful wife, daughter and friend. Her greatest passion was being a mother and it was apparent to all those around her. Bobbi was an outdoors enthusiast, she enjoyed camping and spending time at the lake. She had a great love for animals of all kinds, her beloved pets were Dodger, Emma, Earl, Patty, Digger, Frank, Bertie and Lola, and grand-pups Bobo, Odie, Ghosty and Cha. Bobbi also enjoyed shopping, vacationing in Mexico and hand-crocheting blankets for family and friends. She is survived by her husband, Dave, daughter, Kylee Adler-DiBona, daughter in-law, Jen DiBona, step-son, Garrett Adler and his family, mother, Sharon Boyd and her husband, Richard Boyd, brothers, Brent and Eli Kruger, and nephews Bo and Cody. Bobbi is preceded in death by her father, William D. Kruger, her twin sister, Brenda McLavey, her maternal grandparents, Adam and Mollie Schiel, and paternal grandparents, Bel and Velva Kruger. A Celebration of Life is planned for the future, information will be forthcoming. The family has requested that in leu of flowers donations be made to the Weld County Humane Society. Please visit www.allnuttgreeley.com to send condolences to the family.
See more See Less

In Memory Of Barbara Jo Adler