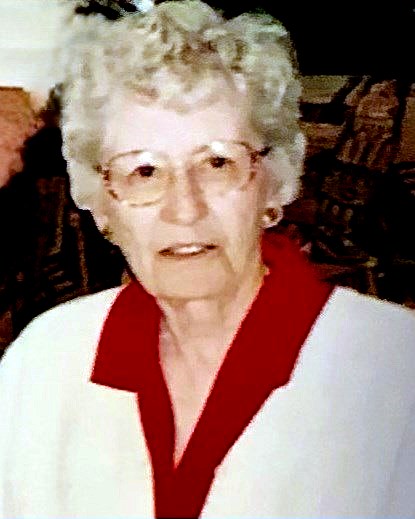 5/10/1930-1/22/2023 Betty Lou Ault, 92, beloved mother, grandmother and friend, passed away peacefully on January 22nd, 2023 in Greeley. Funeral services will be held on Friday, February 3rd, 11:00 a.m. at the First United Methodist Church, Greeley, Colorado, followed by a private burial at Sunset Memorial Gardens. Betty was born in Stuart, Nebraska to Purdy and Cleo Marcellus and with her parents and siblings moved to Kearney, Nebraska in 1940, where she graduated high school and attended college. In 1950 she and her family moved to Greeley, where she remained until her passing. Betty worked at Montgomery Ward and Singer Company, but then found her purpose at Greeley West High School, working in the Administration Office and Library/Media Center until she retired in 1993. Following retirement she continued working part-time for the school district for an additional 10 years. She also enjoyed her United Methodist Women's group and her life-long United Methodist Church membership. In 1959 Betty married Lyle James (Jim) Ault and they had two children, Stephen Wayne and Suza Leigh. Betty and Jim later divorced. Betty's children were forever her love and priority and when her granddaughter Nicole Lynn was born Betty's life was enhanced many times over. She often referred to Nicole as the light of her life. Betty was never without a beloved, rescued cat and always entertained and loved the critter choices made by her children. Betty is predeceased by her parents, her sister Rosemary Cook, and her brothers Rolland Marcellus and Ralph Marcellus. She is survived by family who will miss her forever, son Stephen (Nancy), daughter Suza (Suzanne), granddaughter Nicole, and a special nephew Michael Hall. In lieu of flowers, memorial donations may be made in Betty's name to the First United Methodist Church, Greeley, or to the Humane Society of Weld County. Fond memories and expressions of sympathy may be shared at www.stoddardsunset.com for the Ault family.
See more See Less

In Memory Of Betty Lou Ault