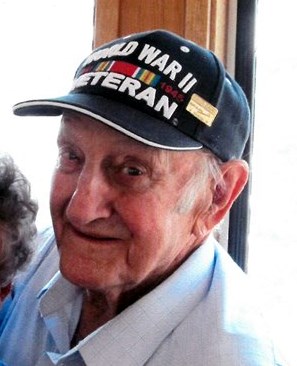 Earl Arless Anderson, of Evans, Colorado passed away May 8, 2022. Earl was born May 29, 1923 to Fred and Alta Anderson in Englewood, Colorado. He grew up in Greeley, CO. Earl moved to Englewood, CO and lived with his Grandmother and Grandfather where he worked at various jobs. World War II started and he enlisted in the Navy. He served until the war was over. Earl returned to Greeley and worked with his brother, Ray, for many years in the Land and Cattle Business. He married Doris Blodget in 1948. They farmed, raised and trained greyhounds to race and won many awards. He built a race track on his property and trained many greyhounds for other people. Doris and Earl were divorced in 1983. He also worked for the Federal Crop Insurance. Joan and Earl were married on October 4, 1986. They have been married 35 years. Later, after Joan became a member of The Church of Jesus Christ of Latter-day Saints, they were sealed in the Denver Temple. Earl is survived by his wife, Joan; his daughter, Susan Beecher; Step-daughter, Nancy Kesterson; Step-son, Steven Kane; Grandchildren, Leslie Figueroa and Sam Beecher; Step-grandchildren, Jeremy and Tonya Kesterson and Darian Kane. He is also survived by many great-grandchildren and great-great-grandchildren. There were five generations. He was loved & respected by everyone. His wife Joan loved him and cherished him very much. Almost every day, he would go to Wendy’s at lunch time and have chili. He knew everybody that worked there and they would have his food ready for him as soon as he walked in the door. Our heavenly Father would have a bowl of chili waiting for him. I’m sure he is at rest now. He will be greatly missed by everyone. In lieu of flowers, please considering donating to Colorado Cancer Society.
See more See Less

In Memory Of Earl Arless Anderson

The Church of Jesus Christ of Latter-day Saints

The Church of Jesus Christ of Latter-day Saints