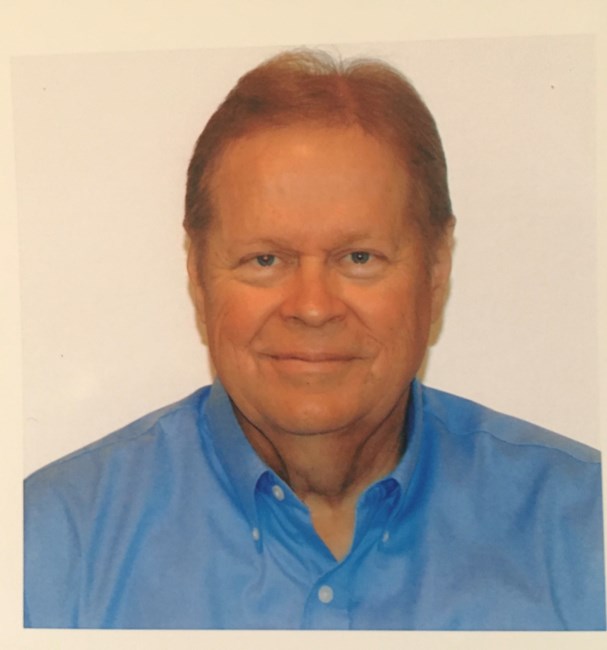 Mike (Michael Allen) Clodfelter, 70, Heritage Lake, died Sunday, September 18th, following a valiant 6 year battle with CLL, Chronic Lymphocytic Leukemia cancer, that he contracted through spraying farm herbicides during his 11-year farming career in Putnam County, during the 1970s and 1980s. He was born on January 23, 1952, delivered by Dr Ann Nichols in the Putnam County Hospital, to high school sweethearts, Allen Dwight Clodfelter and Helen Cosy Baird Clodfelter. He attended grades K-11 at Bainbridge until the school was demolished in the summer of 1969, and was in the first class to graduate from North Putnam High School in 1970. Mike, throughout his life had a love for science, mathematics and basketball, so he studied mechanical and aeronautical engineering, mathematics and athletic coaching, and many engineering courses at Rose-Hulman, Purdue, and Ivy Tech. Mike, who was a lifelong resident of Putnam County, was known by many friends and business associates throughout the world for many positive reasons. He was known for his excellence and leadership in farming (for 11 years), as an insurance agent (for 4 years), a high school and middle school basketball and track coach and a substitute high school teacher, in corporate engineering, manufacturing, and management (for 15 years), and ultimately as the CEO and Director of Engineering of Clodfelter Engineering for the last 14 years of his life. He thoroughly enjoyed a great many things in his life, being a 4-H Leader, a sports writer, covering all 4 Putnam County High Schools’ and DePauw’s athletes for many West Central Indiana newspapers, serving on the Putnam County BOAC Airport Board, being a Military Liaison for the Air Force Thunderbirds, Navy Blue Angels, F-16 Viper West, and the Army Golden Knights parachute team, at the Indianapolis Airshows, and sharing the love that he had for aviation, mathematics, science, and engineering with his grandchildren, and mentoring many college students in how to have successful careers, but he loved nothing more than being with and thoroughly enjoying his family, friends, and business associates around the world! Mike is survived by the love of his life, his wife and soulmate of 30 years, whom he found with the help of 2 terrific, mutual friends, Debbie Poynter and Debbie Hassler, Connie Jeanne Tharp Clodfelter, Sons, Chip (Kandis) McCullough, Matt Clodfelter, and Shannon (Kati) McCullough, Daughters, Heather Rector, Michele Clodfelter, and Joanna Clodfelter; Grandchildren, Christian (Valerie) Hines, Alexis (Michael) McCullough, Jalen Craig, Hailey McCullough, JC McCullough, Julia Clodfelter, Nora Clodfelter, Hudson McCullough, Ava Clodfelter, Paxie McCullough, and Stella Fanning, great grandsons, Stetson and Walker Hines. He was preceded in death by his parents. A celebration of Mike’s life on this Earth, officiated by Mike’s best friend, Dave Lawrence, President of Aerodyn Engineering in Indianapolis, will be held Thursday, September 22, 2022 at 6:00 p.m. at Bittles and Hurt Funeral Home, 602 East Washington Street, Greencastle IN 46135-0882. Mike’s friends and family members may visit from 4:00 p.m. until the beginning of his Celebration of Life at 6:00 p.m. Having always loved space flight and man’s quest for the moon during his entire life, Mike’s remains will be flown on a SpaceX rocket to the Moon, coordinated by Celestis of Houston, TX, where he can be remembered and seen forever by anyone who ever looks up at the Moon, and remembers that his dream of going to the Moon came to fruition, through his engineering knowledge and experiences. In lieu of flowers the family requests donations be made to the I. U. Comprehensive Simon Cancer Center for CLL. Please make gifts “in memory of Mike Clodfelter” to: I. U. Simon Comprehensive Cancer Center, P. O. Box 7072, Indianapolis, Indiana 46207.
See more See Less

In Memory Of Michael Allen Clodfelter