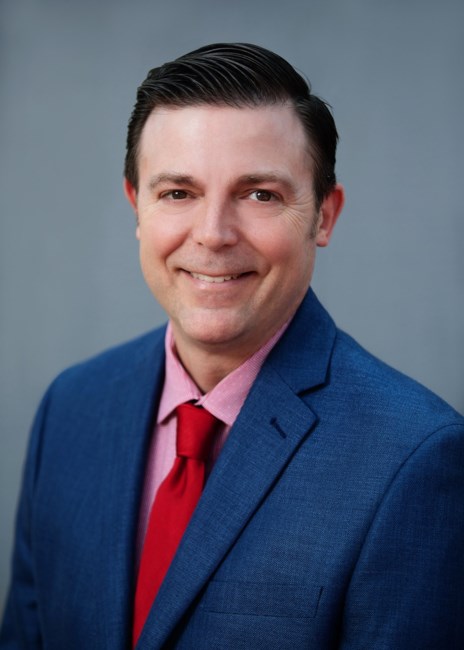 Andrew Linwood Cochrane passed away peacefully at home in Greensboro, North Carolina, on Thursday, January 13, 2022 after a 20-month battle with cancer. “Andy” was known for his strong leadership skills, intelligence, hard work ethic, loyalty, kindness, sense of humor, positivity, and bravery. Andy was born in Charlotte, North Carolina and raised in Rocky Mount, North Carolina. He earned the rank of Eagle Scout and was a proud drumline member of the highly accomplished and well-traveled Rocky Mount Senior High marching and concert band, including Grand Champion of Bands of America National Championship, Rose Bowl Parade, Orange Bowl Parade, London’s New Year’s Day Parade, and Carnegie Hall, NYC. He graduated from Rocky Mount Senior High in 1988. Andy graduated from North Carolina State University with a Bachelor of Science in Mechanical Engineering in 1994 and earned his Professional Engineer Licensure in Mechanical Engineering. Andy was Vice President of Sales and Marketing at Industrial Air, Inc. in Greensboro, NC where he was a devoted employee for over 27 years. Throughout his career, he formed many relationships and left a lasting impact on everyone he worked with. Andy was an active member of ASHRAE (American Society of Heating, Refrigerating, and Air Conditioning Engineers). He grew professionally and personally through his leadership roles in ASHRAE through various committees. He was proud of his North Piedmont Chapter winning the Rudy Ferguson Memorial Award for the Best Chapter in the Region while serving as President. In 2020, Andy received an ASHRAE Distinguished Service Award. Also, he had received the ASHRAE Regional Merit Award, Chapter Service Award, and numerous other awards and honors. He was honored to have been a part of such a wonderful organization and group of people where he created many meaningful business connections, but most importantly, he made many lasting friendships. Andy was a faithful member of First Presbyterian Church of Greensboro, NC where he served as an Elder, Chair of the Properties Committee, and Member of HVAC Task Force and Covid-19 Task Force. Also, he served on Cornerstone Charter Academy’s Facilities Committee and was a volunteer with Mathcounts. Andy will be remembered for his love of his family and friends. He married his college sweetheart, Becky and was an endlessly proud “Girl Dad” of his three beautiful, smart, talented, and kind girls, Caroline, Lydia, and Sarah, and supported them in all of their extracurricular activities. He enjoyed playing golf, playing pickup basketball on Saturday mornings, and backpacking in the Appalachian Mountains with friends. Andy was a passionate North Carolina State Wolfpack fan. He strongly believed in Jim Valvano’s quote, “Don’t give up, Don’t ever give up.” Andrew is survived by his wife of 26 years Rebecca Coggins Cochrane of Greensboro, NC; his daughters Caroline McLeod Cochrane, Lydia Blanton Cochrane, and Sarah Linwood Cochrane of the home; his parents Arthur Linwood Cochrane, III of Belhaven, NC and Betty Blanton Cochrane of Nashville, NC; and his siblings Charles Blanton Cochrane (Janene) of Nashville, NC and Amy Cochrane Danforth (Larry) of Nashville, NC. A celebration of life will be held at First Presbyterian Church of Greensboro, NC on Saturday, February 5th at 2 pm and may be live streamed through www.fpcgreensboro.org. In lieu of flowers, contributions may be made to the Cochrane Girls Education Fund at PO Box 4679 Greensboro, NC 27404, Online condolences may be made through www.haneslineberryfhnorthelm.com.
See more See Less

In Memory Of Andrew Linwood Cochrane