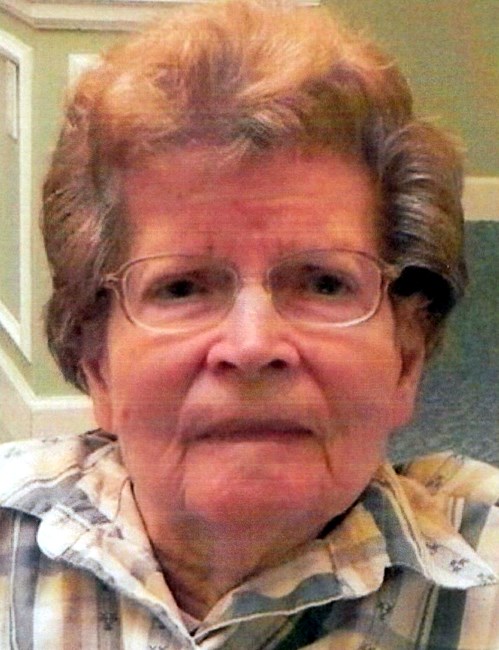 A graveside service will be held on Saturday, November 21, 2020 at 1:00 p.m. at Westminster Gardens Cemetery. It will be officiated by Rev. Marcus Putnam and Rev. Nathanael Putnam.

Flada was born in Asheboro, North Carolina to the late Colvin and Esther Scott Bunting. She married Rev. Roy Clayton Putnam in June 1949. In 1955 Roy became the founding pastor of Trinity Methodist Church on Pinecroft Road in Greensboro. Flada was an important part of the growing ministry, investing her talents in the choir, women’s ministries, and world mission focus. She assisted Roy in typing and editing his published work and joined him in travel to connect with mission partners around the world. After Roy’s death in 1989 she continued to be active in the ongoing life of the church. Through the years she maintained her involvement in reading, piano, and interest in the out of doors. She was preceded in death by her parents and sister, Carol Barnes. Flada is survived by her children, Ren Putnam and wife Cindy of Reidsville, NC and Marcus Putnam and wife Elaine of Greensboro, NC; grandchildren, Justyn Putnam (Molly), John Mark Putnam (Katie), Nathanael Putnam (Mary), Mary Grace Thomas (Derek), and Noah Putnam; and ten great grandchildren, and sister-in-law Shirley Everage.

In lieu of flowers, memorials may be made to Trinity Church, Greensboro in memory of Flada Bunting Putnam. Hanes Lineberry North Elm Chapel is serving the Putnam family.

Online condolences may be made @ www.haneslineberryfhnorthelm.com

In Memory Of Elflada Bunting Putnam