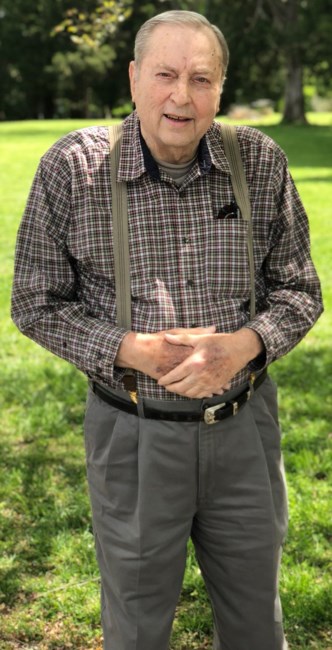 James Harold Pierce, 89, a resident of Greensboro passed away Wednesday January 19, 2022 at Wesley Long Hospital. He was born August 12, 1932 in Wilkes County, the son of Roy Arthur Pierce and Dovie Church Pierce Baker. He was a graduate of Mount Pleasant High School in Wilkes County and attended Guilford College. James was a supervisor for American Telephone and Telegraph (AT&T) for 32 years before retiring. James was a veteran serving in the United States Air Force during the Korean Conflict. He was preceded in death by his parents and his son, Steven Roy Pierce. James was a loving and devoted husband, father, and grandfather. He always looked forward to family gatherings and family trips. James is survived by his loving and devoted wife of 69 years, Louise Triplett Pierce of the home; one daughter, Donna Pierce Freeman and her husband the Reverend George Freeman; daughter-in-law, Peggy Auman Pierce of Wallburg; one sister, Dorothy Pierce Cook of North Wilkesboro; one brother, Kerley Baker and his wife Peggy of North Wilkesboro; five grandchildren, Dr. Mark Freeman and his wife Dr. Erin Freeman, Elizabeth “Beth” Freeman Young and her husband Wesley, Megan Freeman, Jordan Pierce, Bailee Pierce and four great grandchildren, James Freeman, Connor Freeman, Henry Young and Cooper Young. Private family services will be held with interment in Guilford Memorial Park with the Rev. George Freeman officiating. Flowers will be accepted as well as memorials made in James memory to the Wounded Warrior Project 1990 Fordham Dr. Suite 100 Fayetteville, NC 28304.
See more See Less

In Memory Of James Harold Pierce