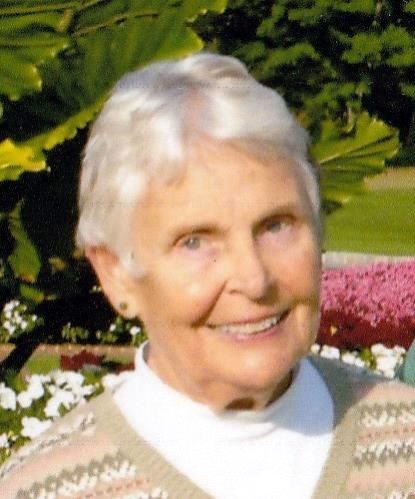 On May 6, 2022, Sylvia Joan (Sherrill) Armstrong died peacefully, at the age of 88, at her home in Greensboro, NC, after a brave struggle with Alzheimer’s disease. Her husband was with her as she passed. Joan was born on January 15, 1934 in Lincolnton, NC and later moved to Newton, NC. As a young child, she went to Statesville and was raised by her maternal grandmother, Katie. While attending Sunday school at a local Presbyterian church in Statesville, she learned about the Lord and began her faith journey. Later Joan moved to Greensboro, NC and took a commercial course at Women’s College (WC) for one year. This helped prepare her for clerical work with the North Carolina Real Estate Board and other local firms. It was at this time in 1957, that she met her future husband, 2nd Lt. James S. Armstrong, on a blind date. After a whirlwind courtship, Jim explained to Joan that he would soon be leaving Greensboro for an Army assignment in Hawaii. He further said that the only way she could accompany him was to be his wife- a rather unusual but successful proposal. They were happily married on February 15, 1958 in Statesville, NC. Joan spent 29 years as a dedicated Army wife and moved many times with her family. New home places were established in Hawaii, Fr. Bragg, NC, Ft. Ord, CA, White Sands Missile Range, NM, Tucson, AZ, Greensboro, NC, West Point, NY and Ft. Leavenworth, KS. Her last “military move” was to West Point, where her husband retired in 1986. After retirement, her first civilian home was in Pennington, NJ when Jim began a new 10-year career with the Educational Testing Service (ETS). The next stop was in Atlanta, GA for a more restful 10 years and the opportunity to spend time with their son’s family- especially their two young grandchildren. Eventually, Jim and Joan decided to return to Greensboro and become residents at WellSpring Retirement Community. Joan loved gardening, painting, entertaining, traveling, knitting, needlepointing, playing bridge, bingo and golf. She really looked forward to the yearly televised Academy Awards. She also knew the importance of volunteering and found many opportunities to serve her military and civilian communities. One of her most gratifying experiences was nurturing and caring for pre-mature babies in a hospital in Trenton, NJ. She also spent time working with the Cub Scouts and Girl Scouts, the Red Cross and being a Room Mother many times for both of her children. During their retirement years, the Armstrong’s had time to travel and build lots of new memories together. They visited many countries, including the Holy Land, the Galapagos, New Zealand, Tanzania, Kenya, China, Tibet, Norway, Ireland and England. Best of all, they were able to return several times to Hawaii, a place that always brought Joan such joy. In fact, it was her favorite place on earth. Along with her husband of 64 years, she is survived by daughter Sarah Armstrong Barge and her husband Walter (Shep) of Arlington, VA and son James S. Armstrong, III and his wife Julie of Richmond, VA; three grandchildren and two great grandchildren. The family is thankful for the compassionate support provided by WellSpring Homecare and the AuthoraCare Hospice team. Joan was grateful to God for blessing her with a family that gave her so much love and joy. She wanted to share this verse that helped inspire and guide her in later life: “May your heart know happiness, blossoms, trees, and singing birds- happy thoughts and merry words.” In lieu of flowers, donations in memory of Joan may be made to WellSpring Employee Financial Assistance Fund at 4100 WellSpring Dr., Greensboro, NC 27410 or to Hospice at AuthoraCare Collective, 2500 Summit Avenue, Greensboro, NC 27405. A memorial service will be held at 2 pm on Saturday, June 11, 2022 at WellSpring Virginia Somerville Sutton Theatre. A reception will follow the service. Interment of her ashes will take place at the United States Military Academy at West Point, NY. Fond memories and expressions of sympathy may be shared at www.haneslineberryfhnorthelm.com for the Armstrong family.
See more See Less

In Memory Of Joan Sherrill Armstrong