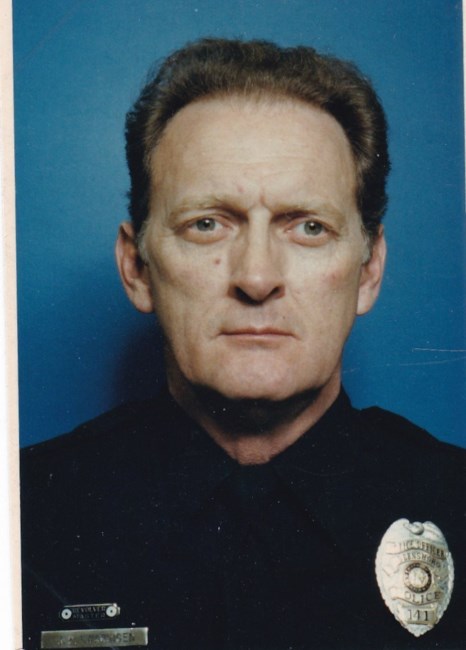 Loving husband, wonderful father and fun loving grandfather, Joe Ritchie Swaringen, 81, died at home August 5, 2022 with his family at his side. He was born in Chimney Rock, North Carolina on March 31, 1941 to the late Joe Clifton Swaringen and Vera Connor Swaringen. In addition to his parents, preceding him is death is his sister Mary Swaringen Elsner and brother Spinx Rand Swaringen. He is survived by his wife, Lynne Swaringen; sons, Joe Jr. and wife Grace, James and wife Kelly and Ty; daughter, Vera Amoroso and husband Alex; grandchildren, Daniella, Arabella, Sebron, Diamond and Tim and wife Audrey; great grandchildren, Grace and Silas and sister, F. M. Swaringen and her daughter Vickie. After graduating from Edneyville High School in 1959 he joined the Air Force where he served for six years. In 1966, he joined the Greensboro Police Department, where he completed his Associates’ Degree in Criminal Justice and served for over 34 years in various positions from Patrol Officer to Detective, and honored by the department with the “Life Saving Award”, which is given for taking direct action to save someone’s life. He loved dogs, and was one of the first Detectives to work with bloodhounds as part of the department’s canine team. The family would like to thank Alicia Parker of the Cone Health Palliative Medicine Team for ensuring Joe was in the care and company of his family at the time of his passing. In lieu of flowers a donation be made to in his memory to AuthoraCare Hospice, 2500 Summit Avenue, Greensboro, NC 27405. Joe’s family will receive friends from 12 to 2 PM, Saturday, August 13, 2022 at the Police Club, 524 Air Harbor Rd, Greensboro, NC 27455. Online condolences may be offered at www.haneslineberryfhnorthelm.com.
See more See Less

In Memory Of Joe Ritchie Swaringen