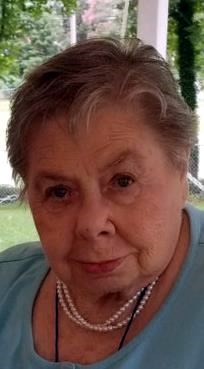 Joyce “Fluff” Leonard Maness, 93, passed away on Friday, September 10, 2021, at Moses Cone Hospital in Greensboro, NC. She was born on March 5, 1928, in Rowan County. She was the daughter of the late Reuben M. and Hazel C. (Miller) Leonard. Joyce grew up in the Methodist Children’s Home in Winston Salem, NC and was a graduate of Reynolds High School. She worked as a telephone switchboard operator for Southern Bell in Greensboro, NC before she devoted her life to her growing family.

Joyce was a long-time member of Lee’s Chapel United Methodist Church in Greensboro, NC and served on almost every church committee. She was willing to volunteer whenever and wherever she was needed. In 1996, Joyce was given the Award of Appreciation from Governor Hunt for her volunteer services. As a way of sharing her love for her time spent growing up at the Methodist Children’s Home, Joyce hosted an annual picnic for thirty years at her home for Children’s Home Alumni. In 2000 she was awarded the Distinguished Alumni Award by The Children’s Home, Inc. of Winston Salem, NC. She was a certified clown and was trained by Ringling Brothers Circus clowns. Joyce visited skilled nursing facilities and children’s events preforming as “Fluff the Clown”. She was a member and past president of the Piedmont Council of the Telephone Pioneer Retirees and was awarded the Individual Pioneers Excellence Award in 2004. She was awarded the Outstanding Senior Citizen award by the Greensboro Jaycees. She was a member and an officer of the Order of the Eastern Star.

Joyce was preceded in death by her husband of 43 years, Curtis Marvin Maness, in 1989; her sister Ruby Kimrey of Rock Hill, SC; and her grandson Brett Wyrick of Browns Summit, NC.

A Celebration of Joyce’s life will be held on Friday, September 17, at 3:00 pm at Lee’s Chapel United Methodist Church, 2303 Lee’s Chapel Church Road, Greensboro NC. The family will receive friends one hour before the service at the church.

In Memory Of Joyce L. Maness

The family will receive friends one hour before the service at the church on Friday.

A Celebration of Life service will be held at 3:00 pm