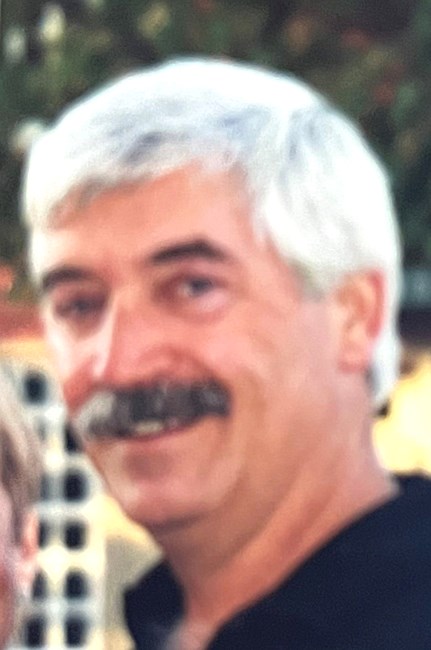 Leslie Robert Ford was born in Macon, GA, the only child of the late Robert Oscar and Jacqueline Harp Ford Jr. and died on January 22, 2022 at the age of 69 after battling fearlessly with MS for several years. Les had an outgoing spirit, which suited him well as a successful sales manager in the concrete production business. After graduating from the University of Georgia, he remained a loyal Bulldog supporter. In 1984, he relocated to Greensboro and eventually retired from Central Carolina Concrete Company. Les loved to golf, kept a watchful eye on the stocks and relied on his faith in Jesus Christ, as his compass in his personal and professional life. He is lovingly remembered by his wife Cindy Kapuscinski Ford of the home; stepsons, James and Bryan Morgia of Greensboro; brothers-in-law, Michael and John Kapuscinski; and sisters-in-law, Sheryl (Ty) Colasurdo and Deborah (Frank) Colasurdo all of Oswego, NY. His beloved feline companion Bella also survives. In lieu of flowers, contributions in Les’ memory may be directed to National Multiple Sclerosis Society, Greater Carolinas Chapter, 2610 Wycliff Road, Suite 101, Raleigh, NC 27607. Hanes-Lineberry N. Elm Chapel is assisting the Ford Family. Online condolences may be offered at www.haneslineberryfhnorthelm.com.
See more See Less