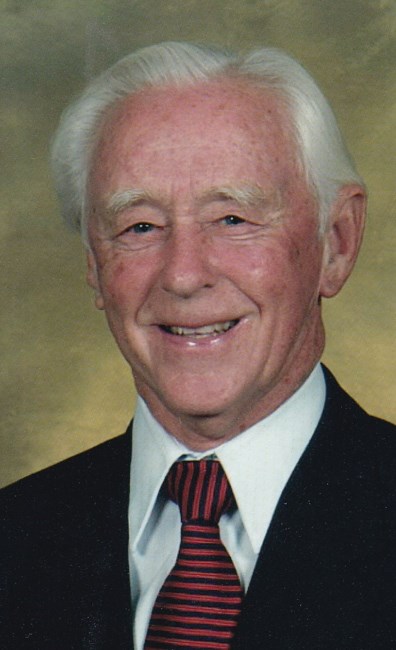 Paul Wade Brady departed this life on August 6, 2022, two weeks short of his 94th birthday. Born on August 20, 1928, he was the son of Shelton C. Brady and Lenora Hobbs Brady and brother to Curtis, Lois, Pearl (his twin), Louise, and Marie. Louise (Thompson) is the last remaining sibling, along with sister-in-law Juanita (Brady) and nine nieces and nephews. Paul graduated from Rankin High School in 1947, and subsequently served in the U.S. Army during the Korean War. Upon his return to Greensboro, he was employed by Nabisco and then NCR Corporation. While working a full-time job, he earned a degree in business from Guilford College, graduating in 1963. Paul’s life was greatly blessed when he met and married Vilma Anstips in 1958. She was a native of Liepaja, Latvia who came to the United States via a displaced persons camp in Germany during the final years of World War II. Paul, Vilma, and her parents lived for many years as an extended family in a home they built in the months preceding their wedding. This gave the joyous newlyweds an opportunity to host their wedding reception in their newly built home. Paul and Vilma had one daughter, Benita. As time passed, the family unit of five was reduced to four, and then three, following the deaths of Vilma’s parents. Paul enjoyed a total of 28 wonderful years with Vilma before she passed away from cancer in 1986. In 1989, Paul gained a son-in-law when Benita married Howard Milton McFarland. They enjoyed sharing holiday meals together, most of which included Paul’s favorite dessert- brownies accompanied with strawberry jello. After retiring from NCR, Paul worked for a few years as a full-time delivery driver for a florist. He then spent 28 years as a part-time delivery driver for Piedmont Office Suppliers (Faison Office Products). Some clients were known to request a delay in having their order delivered so Paul would be the one to come to their place of business on a day he was scheduled to work. Paul loved golf, watching it on TV, attending the GGO and Wyndham tournaments, and playing whenever and wherever he had opportunity. For many years he was a member of the Super Seniors Group that plays each Tuesday at Crooked Tree Golf Course in Browns Summit. Paul found his greatest joy in being a faithful member and children’s Sunday School teacher at First Baptist Church, Greensboro. He went on numerous summer missions building trips and worked alongside church members in building Habitat for Humanity homes. Paul will lie in state from 2 to 7 PM, Wednesday, August 10 at Hanes-Lineberry N. Elm Chapel. The immediate family will not be present during this time but extends an invitation to guests to share their moments of personal reflection and private tributes. A funeral service will be held in the Chapel of First Baptist Church on Thursday, August 11 at 11 a.m., followed by a graveside service at Green Hill Cemetery. In lieu of flowers, memorial contributions may be made to First Baptist Church, 1000 West Friendly Avenue, Greensboro, North Carolina 27401. Online condolences may be offered at www.haneslineberryfhnorthelm.com.
See more See Less

In Memory Of Paul Wade Brady