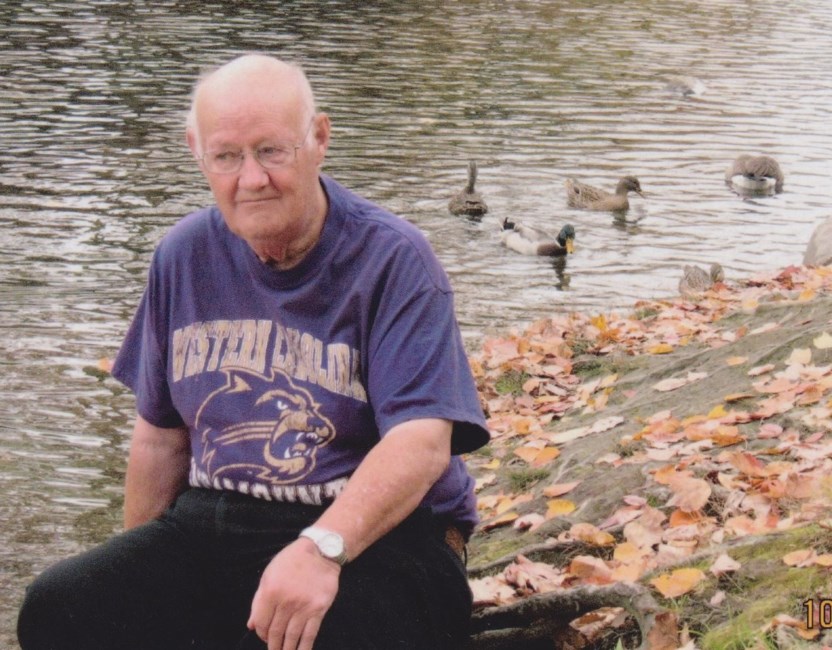 Rollan Conley Bullman 8/31/1938 until 1/16/2023 Rollan Conley Bullman was born on August 31, 1938 in Madison County, North Carolina. He was the son of Dewey and Dorothy Bullman. Rollan graduated from Walnut High School of Madison County in 1957. Afterwards, he attended Western Carolina University where he received a Bachelor’s Degree in Elementary Education in 1961. He went on to receive his Master’s Degree in Elementary Education in 1965 from Western Carolina University. After graduation, Rollan taught 5th grade at Randleman Elementary School from 1961 until 1968. It was during this time that he met, and fell in love with, Eleanor Mae Lane of Jackson, North Carolina. In August of 1968 they were married and moved to Guilford County. Rollan began teaching at Alamance Elementary School in Greensboro, NC in 1969, where he taught until 1971 when he transferred to Sedgefield Elementary School in Greensboro, NC. Here he taught 4th, 5th and 6th grades for 20 years until he retired in 1991 with 30 years of experience. Rollan and Eleanor have two daughters, Fara Dellinger of Hickory, NC and Cynthia (Connie) Martin of Marshall, NC. Throughout his life, Rollan was active in his church and community. He was a member of First Methodist Church in Randleman, where he played on their softball team and served as a Counselor for the Junior Methodist Youth Fellowship. When he moved, he became a member of Hickory Grove United Methodist Church in Greensboro, NC. Here, he taught the Youth Sunday School Class, sang in the Christmas programs, and played on the softball team. He later attended First Wesleyan Church in High Point, NC. He served as a Greeter, held story time for the young children, helped with arts and crafts with the youth, worked in the nursery and helped with the children’s Sunday School. After his daughters were grown, he and Eleanor returned to Hickory Grove United Methodist Church. Rollan was an active Civitan member. He was a member of several Chapters throughout his life. He began his service in Randleman. Then served in Level Cross, Hamilton Lakes, and Jamestown, where he was Secretary for 4 years and President for One year. He then went to the Four Seasons Civitan Club, where he also served as Secretary for 4 years and President for One Year. He received the Distinguished President Award at the International Civitan Convention in Montreal, Canada. He went on to become the Education Director for 13 years. He had over 35 years of perfect attendance. Funeral services will be held at 2:00 p.m. on Monday January 23, 2023 at Hickory Grove United Methodist Church officiated by Pastor Leon Morrow. Interment will follow in Guilford Memorial Park. The family will receive friends at the church on Monday from 1:00 p.m. until service time. In lieu of flowers the family requests memorials be made in Rollan’s memory to the charity of the donor’s choice.
See more See Less

In Memory Of Rollan Conley Bullman