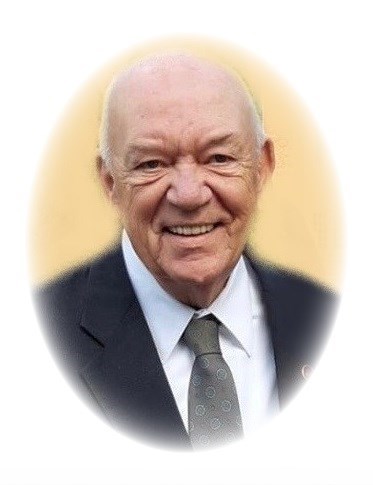 Charles Elden Kuhens, age 79 of Clinton, Tenn., passed away at 10:48 p.m. Monday, Aug. 8, 2022, at his residence with his family at his side. Chuck (“Butch”) was born March 19, 1943, in Wheeling, W.Va., the son of the late Lawrence Eugene and Gertrude Amanda (Church) Kuhens. Chuck retired from the ABB Company after 33 years as a process control systems engineer. He was also a 4th Degree Knight in the Knights of Columbus. He served in the United States Marine Corps from 1964-68 with two tours in Vietnam and advanced to the rank of sergeant. In addition to his parents, Chuck is preceded in death by his sister, Deborah Louise Knight, and her husband, James Knight. He is survived by his wife of 52 years, Judy Ann (Twaits) Kuhens, of Clinton, as well as their three children: Charles Scott Kuhens and wife, Mindy, of Frederick, Md.; Michael Alan Kuhens and wife, Olivia, of Clinton, Tenn.; and Angela Dawn Wentz and husband, Brian, of Harrodsburg, Ky.; brothers Henry Robert Kuhens (wife Cathy) and Brian Lee Kuhens (wife Lori), all of West Virginia. Chuck and Judy have eleven grandchildren -- Andrew, Chad (wife Lauren), Timothy, Zachary, Owen, Jacob, Oliver, Gianna, Maggie, Alana, and Jude -- as well as numerous nieces and nephews. Prayers will be offered at Zechar Bailey Funeral Home in Greenville, Ohio, at 4:30 p.m. Monday, Aug. 15. The family will then receive friends from 5-8 p.m. The Knights of Columbus will offer a rosary service beginning at 7:45 p.m. Monday evening as well. Mass of Christian burial will be held at 10:30 a.m. Tuesday, Aug. 16, 2022, at St. Mary’s Catholic Church, 233 West Third Street, Greenville, Ohio, with Fr. Matt Feist officiating. A burial with full military honors will be conducted by the Greenville Veterans Honor Guard in the St. Mary’s Church Cemetery. It is the wishes of the family that memorial contributions be given to St. Jude Children’s Research Hospital at stjude.org.
See more See Less

In Memory Of Charles E Kuhens