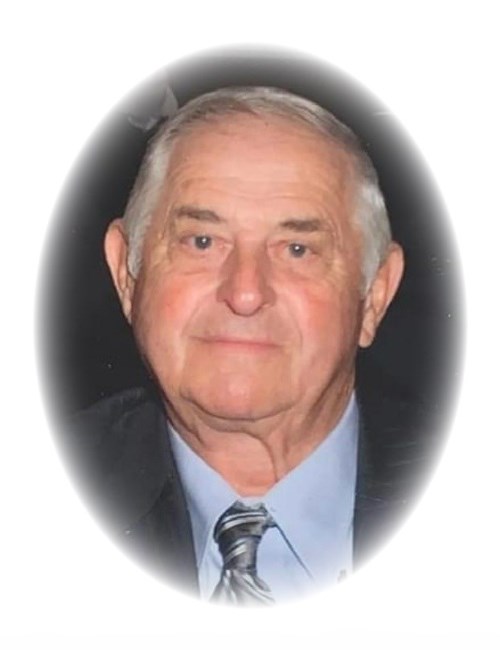 Charles W. Lane, age 93 of Greenville, Ohio passed away peacefully on Saturday, January 15, 2022 at 8:22 AM at the EverHeart Hospice Care Center, Greenville, Ohio. Born in Randolph County, Indiana, he was a son to the late Bruce & Madge (Wisner) Lane. Charles grew up on a farm and was a hardworking man; there is nothing he couldn’t do. He had worked as a heavy equipment operator for 40 years with Manix Bros; and had also owned and operated his own company “Lane’s Garage & Truck Equipment” in Greenville on ST RT 127. In his free time he loved to take the family on camping trips to Brookville Lake. Charles was proud to have served his country in the Army National Guard for 3 years. He was a lifetime member of the International Union of Operating Engineers, which he was also very proud of. He will be deeply missed. In addition to his parents, he is preceded in death by his wife Elda “June” (Scott) Lane: brother Bruce Duane Lane: son in laws Richard Curtis; Kem Alan Stewart. Survived by his children Greg & Dottie Lane; Deanna & Wayne Long; Sue Curtis: grandchildren Heather & Billy Dendler; Scott & Ashley Lane; Darin Long; Lyndsey & Josh Gabbard: great- grandchildren Tyler Rardin; Zach Rardin; Hunter Lane; Brayden Lane; Austin Woodruff; Jocelyn Lane; Claire Gabbard; Scarlet Gabbard: sister Joan Street: as well as several nieces, nephews, friends and neighbors. Friends may call on the family on Thursday, January 20, 2022 from 11:00 AM-2:00 PM at the Zechar Bailey Funeral Home, Greenville, Ohio. Funeral to follow at 2:00 PM with Pastor Tim Bang presiding. Burial at Union City Cemetery, Union City, Indiana. Memorial contributions may be made to EverHeart Hospice. Fond memories may be shared at www.zecharbailey.com.
See more See Less

In Memory Of Charles Wesley Lane