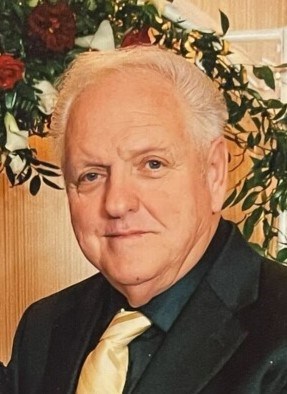 James “Jim” D. Gilbert age 77, passed away on Saturday, January 21, 2023, at his home in Union City, Indiana. Jim was born March 6, 1945 to the late James B. & Cecile (Pepple) Gilbert of Union City, Ohio and in addition to his parents was preceded in death by brothers, Jerry Gilbert of Greenville, Ohio and Gary Gilbert of Union City, Ohio. Jim is survived by his high school sweet-heart and wife, Karen (Scholl), whom he married on June 24, 1963 and children: Tonya (Darrell) Breymier of Union City, Ohio; Tammy Gilbert of Jacksonville, Florida; Travis (Misty) Gilbert of Greenville, Ohio; and, Tara (Jeremy) Norris of Union City, Ohio; grandchildren Brittany (Tyler) Barbour, Rob (Hannah) Breymier, Parrish Staley, Trisha (Chris) Stewart, Pricilla Staley, Trent (Lauren Newbauer) Gilbert, Wade Gilbert, Morgan Gilbert, and Jaydn, Jake, and Jarrett “Budder” Norris; 11 great-grandchildren; sister, Sue Grile of Union City, Ohio, multiple nieces, nephews, and cousins whom many still affectionately referred to him as “Jimmy.” Jim graduated in 1963 from Mississinawa Valley High School, and after working as a meat cutter for Wrights IGA he worked many years in the Dairy Industry as a dairy farmer, salesman for Southern Milk Sales, and later as a milk broker for Heartland Dairy. Jim was a “passionate” Blackhawk and Green Wave fan, and enjoyed supporting his children and grandchildren in basketball, football, softball, wrestling, and cross country at Mississinawa Valley and Greenville. Jim loved attending the Great Darke County Fair, watching his children and grandchildren show dairy, beef, swine, goats, and sheep as well as attending to him and Karen’s vending trailer, “K’s Kitchen” for many years. Additionally, Jim loved spending time with his children and grandchildren, occasionally engaging in friendly-competitive games of poker, 31, and LRC. Jim always looked forward to having breakfast with one of his kids and/or grandchildren most weeks. There will be no visitation or services, memorial contributions can be made to Everhart Hospice in Greenville, Ohio. Fond memories or expressions of sympathy may be shared at www.zecharbailey.com for the Gilbert family.
See more See Less

In Memory Of James D Gilbert