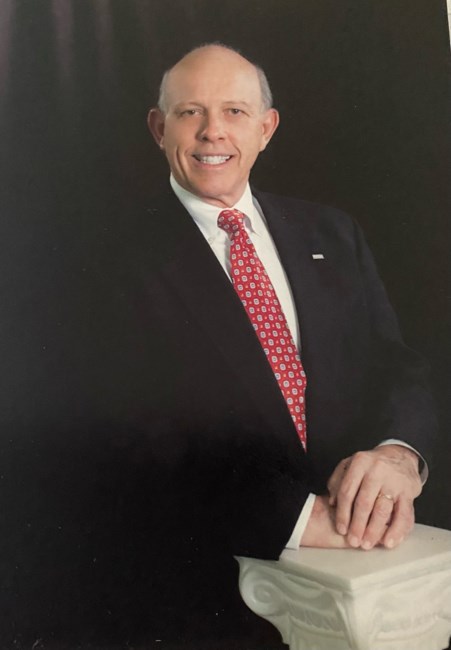 Alfred Harris Wills, Jr. passed away in Greenville, South Carolina on Tuesday, January 25, 2022. He was the son of Alfred Harris Wills, Sr. and Sarah Etta Mason Wills, and was born in Greenville, SC on June 26, 1942. Al graduated from Greenville Senior High School, Class of 1960 and went on to Clemson University where he earned a Bachelor of Science degree in mechanical engineering, Class of 1965. He married Sandra Lee Sparks at Second Presbyterian Church in Greenville on August 18, 1962. Al was employed by Piedmont Engineers and Architects where he learned HVAC design. As a Professional Engineer, Al served as Department Manager, VP of Mechanical Engineering, and as a member of the Board of Directors. In April of 1984 Al joined Daniel Engineering, later to become Fluor Daniel. While working at Fluor, Al traveled the world on various project assignments. He “officially”retired from Fluor in 2008 but continued to take assignments for the company through 2015. Al had an infectious smile, dancing eyes, and a servant's heart. An incredibly gifted engineer, he loved to solve problems the old school way. He was a connoisseur of food joints, antique auctions, and flea markets. With Sandra, his wife of 59 years, as his co-pilot, his time spent exploring the Carolinas fed his sense of adventure. He was a lifelong fan of the Red Raiders and the Clemson Tigers. He adored his family, friends, and church. He loved hosting good times with his family at his home in Greenville and Winteview, the mountain house that he built in Saluda, NC. But more than all else, his understanding of God’s grace in his life spilled over into every life he touched. Al does not remember a day when he did not know that Jesus Christ was his Savior and the most important part of his life. Since 1987 Al has served as a Ruling Elder at Second Presbyterian Church. His involvement at Second Presbyterian also included serving as a deacon, previous chairman of the Building Committee, Missions Committee, and Long Range Planning. Working for Children's Evangelical Fellowship, Al looked forward to his visits to Augusta Circle Elementary School’s Good News Club, always showing up laden with snacks and treats for the children. He was also a volunteer for Mentor Upstate. Al was preceded in death by his parents, his sisters Helen Wills Crocker of Petersburg, VA and Sarah Wills Julian of Greenville, SC and his beloved father and mother in law Mr. and Mrs. Augustus Eugene Sparks, also of Greenville, SC. Al is survived by his loving wife of 59 years, Sandra Sparks, his sister Anna Wills Cobb of Greenville and his children: Alfred Harris Wills, III (Anne) of Davidson, NC; Lee Wills Early (Gordon) of Greenville; Sandra Wills Ninnemann (Matt) of Greenville; and August Wills White (Robby) of Greenville. He was “Daddy Al” to his eight grandchildren: Margaret Golden Wills , Alfred Harris Wills, IV , Abigail Randolph Blue Early, Matthew John Ninnemann Jr. , Sylvia Wills Ninnemann, Sandra Lee Ninneman, Robert Brinley White Jr., and Alexandra Wills White. A visitation will be held Friday, January 28, 2022 from 1:30-2:45pm at Second Presbyterian Church followed by a funeral service at 3:00pm in the church. Please visit www.mackeycenturydrive.com to leave online condolences for the Wills family. In lieu of flowers, memorial gifts may be made to Second Presbyterian Church, Greenville SC.
See more See Less