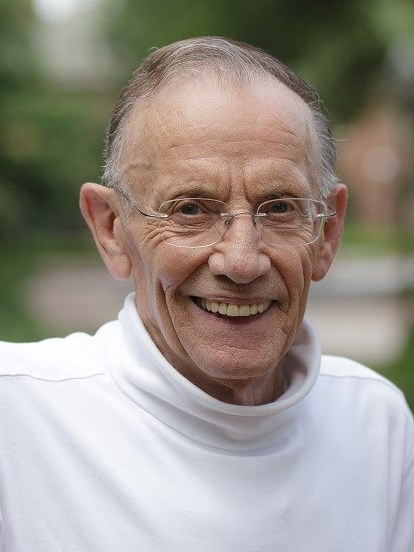 Dr. Charles L. Brewer passed peacefully in his sleep on March 30, 2018. The son of the late Gazelle (Fikes) and Otis Brewer, he was born on May 10, 1932 in Pine Bluff, Arkansas. After attending Watson Chapel High School, he received degrees from Hendrix College (B.A.) and University of Arkansas (M.A., PhD) and completed post-graduate work at Harvard University and University of Michigan. After teaching at The College of Wooster in Ohio and Elmira College in upstate New York, Dr. Brewer came to Furman in 1967. He was promoted to the rank of Professor in 1970, and was named the William R. Kenan, Jr., Professor of Psychology in 1998. He received Furman's first Meritorious Teaching Award in 1969 and served as chair of the Psychology Department from 1972 until 1984. In 2010, he received the university’s Meritorious Advising Award. He received numerous awards at local, state, regional, and national levels for exemplary teaching and mentoring. In 2012, The Princeton Review recognized him as one of the “Best 300 Professors” in the United States. He received the American Psychological Foundation’s meritorious teaching award in 1989; the award was renamed the Charles L. Brewer Distinguished Teaching of Psychology Award in 2003. In 2008, he received the Raymond D. Fowler Award for "outstanding contributions" to the American Psychological Association as an organization. Dr. Brewer was a consultant on psychology curricula and on the teaching of psychology for many colleges and universities throughout the country. He was editor of the journal Teaching of Psychology for 12 years and co-edited five books. He also published many book chapters and journal articles. Knowledgeable about John B. Watson, the early behavioral psychologist who graduated from Furman in 1899, Dr. Brewer presented many lectures on Watson throughout North America. He participated in many major conferences on undergraduate education in psychology, including keynote addresses at the International Conference on Education in Psychology held in St. Petersburg, Russia, in 2002 and 2008. Dr. Brewer was pre-deceased in 2007 by his beloved wife of 45 years - Marjorie Suhs Brewer. She was born in Waupaca, Wisconsin and was a pianist, master teacher, and gourmet cook. He is survived by his daughter, Stephanie Claire Foley, curator of the Whitchurch-Stouffville Museum in Ontario, Canada and his sister Sybil Marie Brazil, of Little Rock, Arkansas. He was predeceased by his brother, James Carroll Brewer. His aspiration from a very young age was to be a teacher and he was very proud that more than 230 of his undergraduate psychology students earned PhDs. He was well known for his “Brewer-isms” – which included axioms like “Always write with clarity, conciseness, and felicity of expression,” and “I am always pleased when my students do well, but I am proudest when they do right.” Favorite quotes his students and colleagues will remember include “Chance favors the prepared mind.” – Louis Pasteur and "A teacher affects eternity; he can never tell where his influence stops." - Henry Adams. His sense of humor, intelligence, and strong commitment to learning will be missed. He was an inspirational colleague and friend to many. He would hope his influence to continue. Cremation has taken place. Donations may be made to the Charles L. Brewer Endowment Funds at either Hendrix College or Furman University or the Archives at the Cummings Centre for the History of Psychology at the University of Akron. Arrangements are under the direction of Mackey Funerals & Cremations at Century Drive in Greenville, SC.
See more See Less