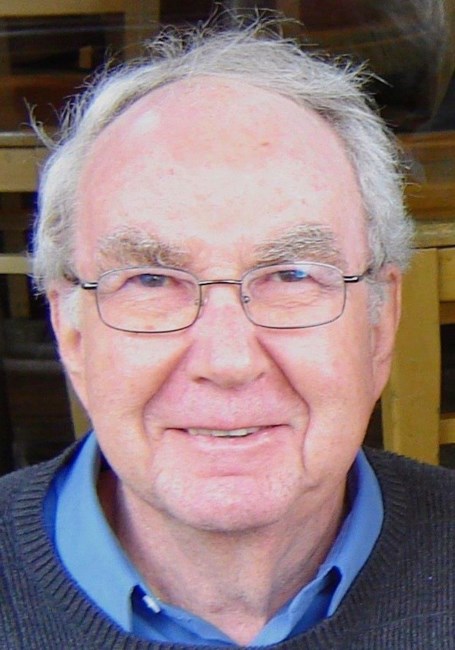 Dr. Edgar V. McKnight, a prominent New Testament scholar who taught at Furman University for 35 years, died December 29, 2020. Dr. McKnight was born November 21, 1931 to William G. and Carrie Belle DeMars McKnight in Wilson, South Carolina. He attended schools in Wilson and Charleston, graduating from Porter Military Academy in 1949. After graduation from the College of Charleston in 1953, he attended Southern Baptist Theological Seminary in Louisville, Kentucky, receiving the bachelor of divinity and doctor of theology degrees in 1956 and 1960. During his college and seminary days he served as pastor of churches in Little River and McClellanville, South Carolina, and Bedford and Christiansburg, Kentucky. He was best known in New Testament Studies for his numerous writings on the significance of literary studies for biblical interpretation. In 1976 he received a master of literature degree from Oxford University and in 1978 his book on Meaning in Texts was given an award by the Conference on Christianity and Literature at the annual meeting of the Modern Language Association for its contribution to the study of religion and literature. In 1981-82 and 1995-96, he served as Fulbright Senior Research Professor in Germany at the universities of Tuebingen and Muenster; and in 2000-01 and 2006-07 he was visiting professor at the divinity schools of Wake Forest and Gardner-Webb universities. During his academic career at Furman, McKnight served terms as chair of the classical languages department, chair of the religion department, and associate dean for academic affairs. He was an active member of the First Baptist Church of Greenville and the Price Sunday School Class, the Society for New Testament Studies, the Society of Biblical Literature, The American Academy of Religion, the Association of Baptist Professors of Religion, the Torch Club, the American Academy of University Professors, and Phi Beta Kappa. Surviving is one child, Lynn McKnight of Summerville; three grandchildren, Heather Jones, Forrest McKnight, and Will McKnight; and a sister, Cara Steward. He was predeceased by his son Edgar, Jr., his wife Shirley Robinson McKnight, a sister, Lillian, and three brothers, William, Ralph, and George. Dr. McKnight was a resident at the Woodlands at Furman for the past ten years. He was loved by family, residents and staff alike as he humbly shared grace, gratitude, and humor during his progressive journey through Parkinsons. The family will hold a memorial service to celebrate his life and those who loved and admired him at a later date. Memorials may be made to the First Baptist Church or to Furman University.
See more See Less