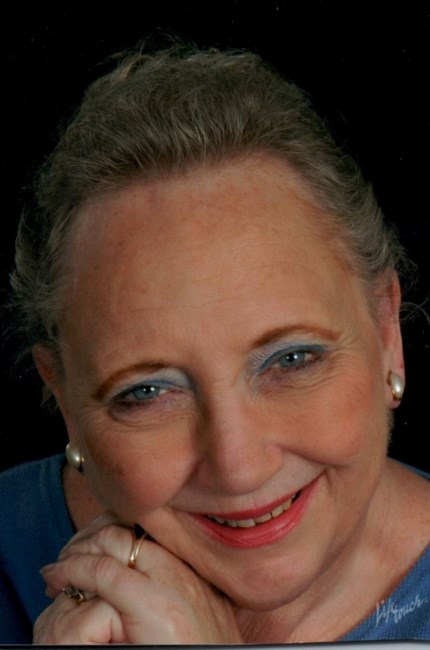 Lynne Counts lost her long and courageous battle with heart disease on September 19, 2022. Lynne was born to Carl A. and Barbara Kelley Counts and spent her entire life in Greenville South Carolina. She was predeceased by her parents, her brother Gary and her grandparents Mr. and Mrs. Frank Kelley and Mr. and Mrs. Henry Counts. She is survived by her brother David (Kathy) Counts and niece Olivia Shealy (Bryan) and grandniece Aida Rae Shealy. Lynne attended Greenville County Schools and upon graduation in 1964 she attended Cecils Business College where she studied data processing. She then worked for J.P. Stevens for twenty years in data processing retiring in 1986. In 1989 she became a full time nanny for Drs. Bob and Patti Seigler retiring again in spring of 2011. Her years as a nanny were the best years of her life, as she never had children which was a big disappointment to her. As a nanny for Carrie and Robert she got to care for them from infancy to young adults. She took this very seriously was allowed to love them, nurture them in a way that established a loving bond with the family which lasted until her death. Lynne had a hobby helping others and she spent much time visiting those that were shut in, cooking and taking meals to them. She was a devoted member of Hampton Park Baptist Church and besides visiting the ones unable to attend church she started a card ministry and sent birthday, anniversary, graduation, get well, sympathy and cards of encouragement to the church members. This was a labor of love and she did it the best she could even from her last two years while residing in an assisted living facility. There was a life changing event that happened in 1972 that was prompted by Lynne's desire to help others and be around children. Sherry and the late Steve Sturm and 3 year old Kelly came to Hampton Park and were asked to go home with them after church and eat lunch. They did and Sherry and Lynne soon became “sister like”, There were more babies to come, John Michael in 73, Steven in 78 and Carla in 83.Lynne was Aunt Lynne to these children and the rest is a beautiful history, After Lynne's mother died in 2002, the 1972 reaching out to help Sherry and Steve came full circle as Lynne needed family in a big way and they more than filled this void. Sherry was Lynne's sister until Lynne's passing. Steve had become more like a father and helped Lynne in countless ways. In addition to the Seiglers and the Sturms the family would like to thank many who helped Lynne her last 23 months after her first fall in late October 2020. Many member of Hampton Park Baptist Church reached out to Lynne in many ways. Cards flowed in and kept coming. Members visited often and never stopped. Church members picked her up and took her to church and also to doctor appointments. The main thing the church family did was show her love. The family would like to thank certain members but there has been too many. The family would like to thank Carriage House of Taylors, and especially Wendy for the care and the love given and shown to Lynne over the twenty one months she was a resident there. Also, Alex who was Lynne's Interim Wound Care Nurse for doing such an excellent job meeting her many needs. Special thanks to Lynne’s roommate Teresa for being a special person and friend. Special thanks to Janie Beeks Rollison who visited her, took her out to lunch, to Dr. appointments and just gave Lynne and sense of normalcy in a time when there was not very much. Kathy Counts who became her sister-in-law during this time but they became more like real sisters. Kathy became her advocate in dealing with her medical issues, medications, doctor visits, monitoring her health, dealing with hospital visits, rehabs stays, not to mention her mental health. There will be a visitation for Lynne on Saturday, October 1, 2022 from 1:30 PM to 2:30 PM at Hampton Park Baptist Church, 875 State Park Rd, Greenville, SC 29609, followed by a memorial service at 2:30 PM. In lieu of flowers the family request donations to Hampton Park Baptist church in Lynne's name. Fond memories and expressions of sympathy may be shared at www.mackeywoodlawn.com for the Counts family.
See more See Less

In Memory Of Lynne P Counts