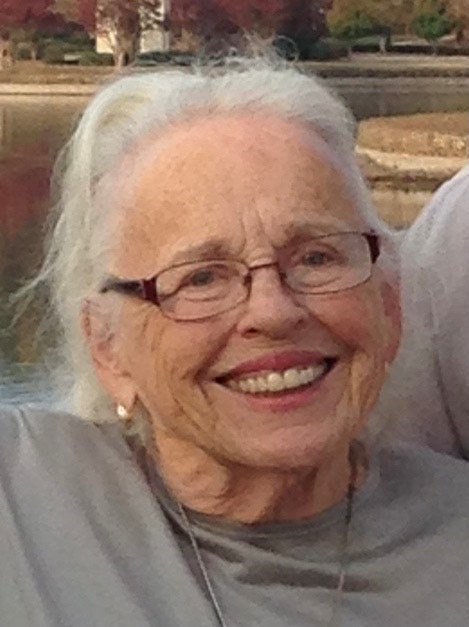 Margaret Elisabeth Goranson Hiller died peacefully at her home on January 16, 2023. She was born in Jamestown, New York on January 13, 1931, to William T. and Mary Ellen Goranson. She was raised in upstate New York, and upon graduation from high school, moved to New York City. She met her future husband and the love of her life, Roger Hiller, at a NY Philharmonic concert. They married in 1958 on the island of Gibraltar. Peggy earned her BS in Hospital Administration from Queens College, New York. She later completed her BSN from Adelphi University in New York, and worked as a nurse in several hospitals in New York City and Jamestown, New York. Although she and Roger loved to travel around the world, one of her favorite places was Chautauqua Institution, where they lived during many summer seasons. Peggy was a loving wife, wonderful mother and grandmother, and a true friend to many. She was an avid reader, a lover of classical music, and an excellent cook. After living in Flushing, New York, for many years, she and Roger moved to Greenville, South Carolina in 2016. Peggy is survived by her loving husband of 64 years, Roger Hiller; her daughter Elisabeth H. Allen (Clay) of Pickens, South Carolina; two grandchildren, Victoria E. Allen of Chester, Virginia, and Robert T. Allen of Eugene, Oregon; and her brother James Goranson (Kathy) of Richmond, Virginia. In addition to her parents, she was predeceased by her son, Robert Paul Hiller, and her sister, Carol G. Bradt. The family extends its gratitude to the caretakers and medical staff who assisted them and Peggy during the past several years. A memorial service will take place on Tuesday, February 28th at 2:00 at St. James Episcopal Church in Greenville, South Carolina. In lieu of flowers, please consider a contribution to the “Robert P. Hiller Scholarship Fund.” The address is: Chautauqua Institution, Attn: Office of Advancement, P.O. Box 28, Chautauqua, NY 14722. Fond memories and expressions of sympathy may be shared at www.mackeycenturydrive.com for the Hiller family.
See more See Less

In Memory Of Margaret Elisabeth Hiller