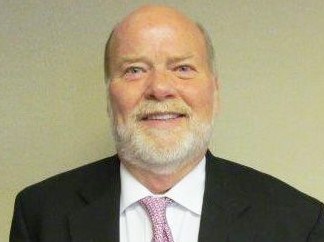 Thomas Charles Gower lll, “Tommy”, died Monday, January 23, 2023, at age 76 in Greenville, SC of Parkinson’s disease. He had lived at Waterstone on Augusta Street since 2017. The family will host a memorial service, Friday, January 27 at 2:00 PM at the Mackey Mortuary, 311 Century Drive, Greenville SC 29607. Visitation will follow. Born in Greenville in 1946 to Thomas Charles, Jr. and Elizabeth Grier Gower, Tommy attended Greenville public schools, graduating from Greenville Senior High and Presbyterian College. After working in real estate in Columbia, Tommy returned to Greenville to join the family book business, The Open Book. He later returned to the real estate business working in the commercial field until his retirement. He developed many friendships in the industry. Tommy was the founding president of the West End Association in 1985 and followed its development with great interest. He was an officer of the Greenville Central Area Partnership Board, a group of business leaders focused on creating a strong business and retail environment in the downtown area of the city in the late 1980’s. Other community service included leadership on the board of the Piedmont Council for the Prevention of Child Abuse (which later became the Julie Valentine Center) and volunteering regularly with Big Brother Big Sisters. Tommy is survived by his children, Meagan (Chris) Vanzant and Brendan (Jessica) Gower; his grandchildren, Sullivan and Thomas Vanzant and Ellis and Grace Gower; his sisters, Grier Mullins (Butler), Margaret Bruce (Duff), and brother Roger (Martha) Gower and many nieces, nephews, and cousins, including a special cousin, Larry Hollis of Cary, NC. Tommy was preceded in death by his parents. Tommy was a member of Westminster Presbyterian Church and in recent years appreciated the pastoral support of his friend, Amos Workman. Intellectual curiosity was important to Tommy and his interests included current events-at home and abroad, politics, and storm tracking. He enjoyed reading newspapers and rarely failed to read them from front to back. Tommy also loved the outdoors, particularly spending time gardening. He had an engaging sense of humor built on snappy comebacks and wry observations of everyday life. He was kind, loved meeting people, made dear friends with residents and staff at Waterstone, and enjoyed lifelong relationships with childhood friends. Tommy will be deeply missed. In lieu of flowers, memorials may be made to the Prisma Health Neurosciences Institute – Movement Disorders Fund benefiting Parkinson’s disease research and patients by visiting www.PrismaHealthUpstateGiving.org/Memorials or mailing a check with the memorial name to Prisma Health Office of Philanthropy, 300 E. McBee Ave, Ste. 201, Greenville, SC 29601 or to the charity of one’s choice. Fond memories and expressions of sympathy may be shared at www.mackeycenturydrive.com for the Gower family.
See more See Less