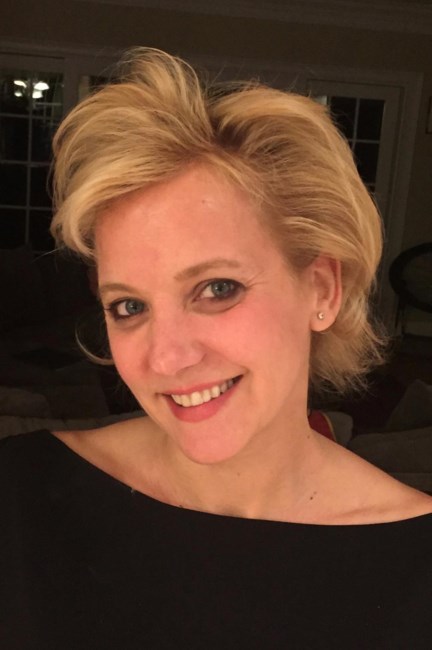 Allegra F Themmen-Pigott, 51, of Stamford died May 4, 2019 following a year-long struggle with cancer. She is survived by her husband, Joseph Pigott, her children Dean and Sophia, and siblings Tania and Paris. Allegra was immersed in music from her birth. She was named after the musical term for “lively” by her parents, who were professional musicians. Her childhood was saturated by music and she learned the guitar, clarinet, and piano. Her true passion was voice, however, which she was earnestly studying by her teenage years. Following her graduation from Ridgefield High School in Connecticut, she pursued a performance degree in classical voice as a coloratura soprano. She graduated from the Manhattan School of Music with a Bachelor of Music Degree and began a life-long passion of organizing and performed in concerts for a range of charities and events. After Alzheimer’s Disease struck her mother, however, Allegra became interested in the healing power of music. She attended Leslie College in Cambridge Massachusetts and earned a Masters in Expressive Therapies and became a Board Certified Music Therapist. Allegra worked in several clinics in the New York City area, ran her own private practice, and earned certifications as a Diplomat Psychotherapist and a Certified Reiki Practitioner. Allegra also served as a Board member at the American Music Therapy Associated for the New England Region, and was a member of the adjunct faculty at the New School in New York City. Allegra is also the author of “Life in the Key of Allegra: A Personal and Professional Journey with the Healing Powers of Music”, an extraordinary memoir that spans the decades of her growth as a young girl to a mental health professional. There will be a wake at Leo P. Gallagher Funeral Home in Greenwich, CT from 5 – 8pm on May 8th. Friends and family are encouraged to attend to honor and share their “remembrances” of Allegra with stories, music, and performance. The funeral will be led by Rabbi MJ Newman on May 9th at 10:30am at the Leo P. Gallagher Funeral Home in Greenwich, followed by a reception at Madonia Restaurant in Stamford at approximately 12:45pm. The family will receive visitors for two days of Shiva from 4 – 8pm on May 10th and 11th. Donations can be made in memory of Allegra to the Pan-Mass Challenge at http://profile.pmc.org/JP0484 or to the Lustgarten Foundation for Pancreatic Cancer Research at https://events.lustgarten.org/
See more See Less

In Memory Of Allegra Themmen-Pigott