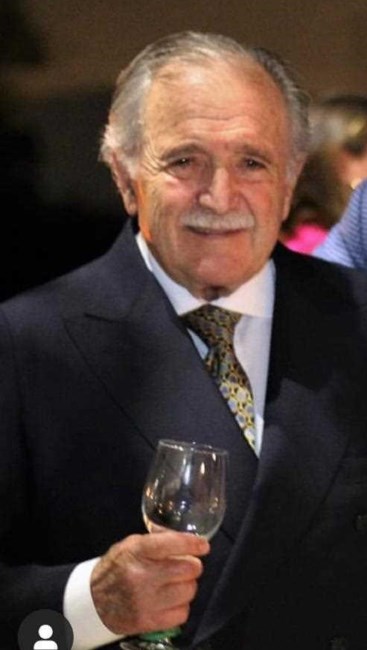 A fighter until the very end, Ambassador Juan Carlos Roland Vignaud passed away peacefully with his family by his side on Tuesday, January 21, after a long and courageous battle with lung cancer. He is survived by his wife Cathrine Fredriksen Vignaud and his children, Maria Christina, Julian, Camila, Celina and dog Simba. Born in Mendoza, Argentina on August 19, 1937 to Maria Teresa and Pedro Roman Vignaud, Juan Carlos graduated from the National University of Buenos Aires in 1959 with a degree in Law. A passionate social reformer, he devoted much of his life to the Argentine Government serving as Secretary of State and Adviser to the President. He also served as The Argentine Ambassador to Norway, Sweden and Iceland, and Consul General to Atlanta and New York. After retiring from Diplomacy, he worked as an adjunct professor at NYU, Fordham and Pace University, teaching classes on Latin American politics. On April 8, 1984, he married the love of his life Cathrine, a professional skier from Norway. He was a devoted father, husband, brother, son and friend. A passionate sailor, he traveled much of the world with his wife and children, always toasting life’s greatest moments with a glass of Argentine Malbec. A man of faith, he was devoted to the Catholic church and believed family was life’s greatest blessing. He will be deeply missed by his friends, family, and all who knew him. His wisdom, love, and light will be in our hearts forever. A funeral service is scheduled for 10:00 a.m. on Saturday, February 1st at St. Catherine’s of Siena at 4 Riverside Avenue, Riverside, CT 06878. A reception to follow at the family’s home: 26 Bayside Terrace, Riverside, CT, 06878.
See more See Less

In Memory Of Juan Carlos Vignaud