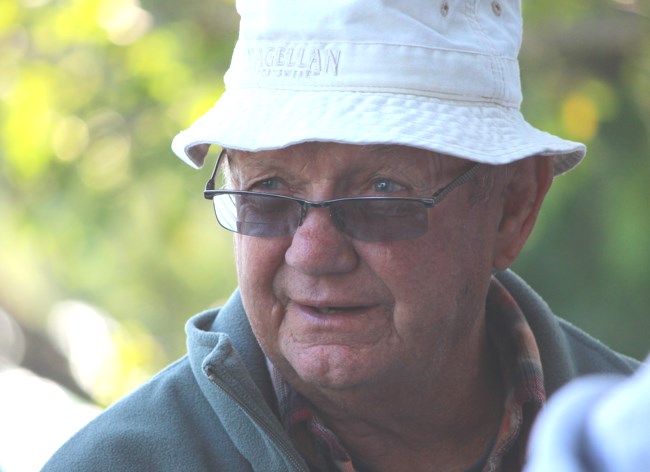 Robert Lee Day born January 18, 1940, joined his one true love, Sharon on June 7, 2021. Robert, Bob, Dad, Pops or as some of you know Old Raisin lived a wonderful life. He is survived by a sister, Cheryl and husband, Al Dobbs; a brother, Ken; a daughter, Kelly and two sons, Mike and his wife, Debbie and Wade and his wife, Mandy. Bob and Sharon were loved by their eight grandkids, Robert, Jamie, Lissa, Rachel, Casey, Kyla, Mason and Kylee, they also had thirteen great grandchildren, Kristen, Taylor, Logan, Holden, Jemma, Caston, Grayson, Blakelynn, Loralie, Jack, Cali and Clair. Bob had a deep love of fishing, Cheetos, and Steak N Shakes. He was social, funny, and always had a smile and something nice to say to the ladies.

He retired from the Air National Guard and he had tons of stories. From taking all the young men’s money in poker to fishing everyday while TDY in Canada. Those men and women he served with were very special to him.

To his sons, he was amazing as there was almost nothing he couldn’t do. He was the best dad and was their best friend. To all of you who had the pleasure of knowing Bob, I hope you share the best of memories and celebrate with us as he reunites with his wonderful wife, fishing everyday being in the presence of his Heavenly Father. Funeral service will be 10 a.m., Friday, June 11 at McConnell Funeral Home Chapel in Greenwood with burial and military honors at the U.S. National Cemetery in Fort Smith. Viewing will be Thursday from 1 – 7 p.m. at the funeral home, where the family will visit with friends from 5 – 7 p.m. Pallbearers will be Mike Day, Wade Day, Dennis Perryman, Bryan Wells, Kevin Henry and Curt Dieter. Honorary pallbearers will be Wardell Locklear, Shawn Williams, Al Dobbs, Gary Skelton, Ken Day, Robert Day and Mason Day.

In Memory Of Robert Lee Day