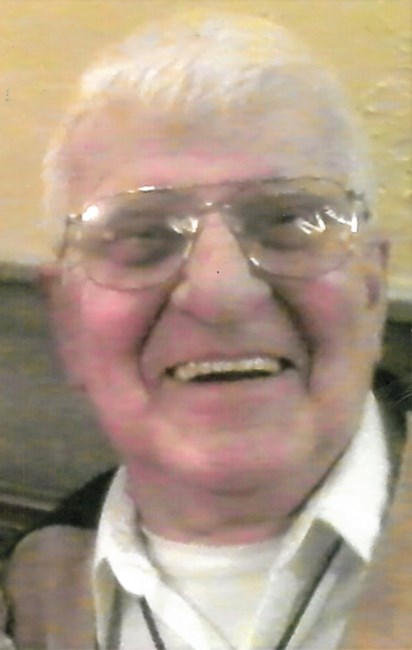 Charles "Chuck" Bos was born to Gladys Belle Gable and Peter Cornelius Bos on June 27, 1933 in Rock Island, Illinois, but lived in Davenport, Iowa. He was the second of 7 children. The family moved to Sellwood, Oregon in October 1945. Chuck graduated from Benson Polytechnic High School on June 1953. He married Beverly Van Buskirk on January 12, 1955. They has 5 children: Larry, Steve, Becky, JoAnne, and Keith. He married Judy Gelmstedt on April 8, 2006. He is survived by his wife, Judy; children, Becky, JoAnne, and Patty; 8 grandchildren; 11 great-grandchildren; his brother Jerry (Sandy); his sister, Ruth Quigley; and numerous nieces and nephews. He was preceded in death by his parents, Peter and Gladys; Beverly; children, Larry, Keith, and Steve; sister, Marjorie; and brothers, Pete, Don, and Bob. Chuck loved to fish, golf, and garden. His favorite activity was whichever he was doing at the time. His first garden was a nice straight row of grass. His dad let him get some seeds out of the shed and when it came up, it was grass. He started golf caddying when he was just 9 years old He started fishing with just a pole, line, and no reel. He enjoyed it so much that he wound up owning 44 poles, reels, and numerous lures. He was a proud member of the Oregon National Guard. He taught Hunter Safety from 1969-1994. He was very proud of the fact that he won several awards during that time and graduated many safe hunters, including his own sons. Chuck and Beverly roller skated at Oaks Park while dating and even entered a competition one year after they were married. He did a tandem parachute jump on his 60th birthday. He and Judy started Square Dancing in 1998 and were active for several years. He was a member of the PAC council for 15 years, worked on the national convention in 2005 and 2 state summer festivals. His favorite was a yellow rock and he was happy to demonstrate it to any woman or child that was interested in learning. He has a badge that says "Powered by hugs and I am low on fuel." He also loved to tell the grandkids to eat the crust on their toast, it would make their teeth strong. He loved "Country Music," the old country music. He hated computers, his favorite sayings were " I don't even know how to turn one on" and "Get a pencil and paper and stop complaining." Chuck attended the Hillsview Community Church in Boring, Oregon. For the last 10 years, Chuck loved reading his Bible and did so every day. Everyone knew his favorite books were Job and Revelations. Job because he could associate with it by losing everything and then being blessed by more than what you had lost. He never lost faith. Revelations because he couldn't understand it, but he kept reading, studying, and trying. His motto was "Judge Not" and he made and handed out cards with those words to anyone and everyone. A visitation for Chuck will be held Sunday, August 7, 2022 from 10:00 AM to 2:00 PM at Bateman Carroll Funeral Home, 520 W Powell Blvd, Gresham, OR 97030. Following the visitation will be a funeral service at 4:00 PM at Hillsview Community Church, 23225 SE Borges Rd, Damascus, OR 97089. Chuck's final resting place is Forest Lawn Cemetery in Gresham, Oregon. Fond memories and expressions of sympathy may be shared at www.batemancarrollfunerals.com for the Bos family.
See more See Less

In Memory Of Charles "Chuck" Bos