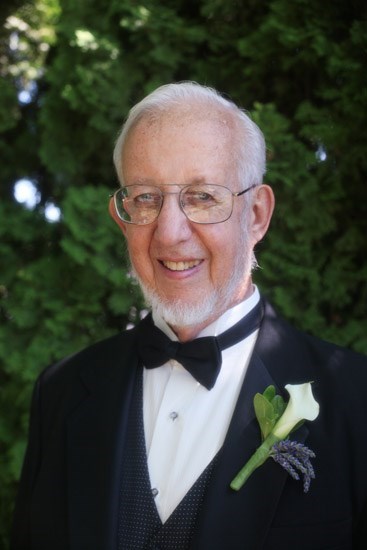 A memorial service will be held on Saturday, Nov. 30, 2019, 1 pm at Grace Baptist Church, 1619 East Second St., Newberg, with a reception to follow for Daniel John Brose, Sr. (known as John), who died Oct. 5, 2019, at age 91. John Brose was born May 16, 1928, in Osaka, Japan. He received his bachelor’s degree from Asbury College (KY) and graduated University of Cincinnati medical school in 1952, finishing his residency at OHSU (OR) in 1959. John met his wife, Nila Gerig, at a church bowling night, and they married within a year in Portland, Oregon. They both felt called to mission work and eventually served over 8 years in Burundi, Africa with World Gospel Mission. Upon returning to the Pacific Northwest, John set up his practice at East Portland Surgical Clinic, where he pioneered several surgical procedures. He and Nila continued to travel and pursue short term medical missions in many countries. After retiring, John and Nila moved to Friendsview Retirement Community in Newberg where Nila preceded him in death. John loved the outdoors and worked for the U.S. Forest Service one summer during school break. He also hitch-hiked with his brother, David, visiting relatives throughout the Midwest. Later, on leave from the Air Force, he rode his bicycle across Europe. John’s sense of adventure opened the world to his family, while his steadfastness served as an anchor for each of them. In early 2011, he met Mary Malyon, and they were married in July 2011. Survivors include daughter, Laurie (Jeff) Cutter; son, Dan (Tambry) Brose; daughters, Beth Appert and Susan (John) Swinford; stepson, Matt (Jenni) Malyon, stepdaughter, Ashley; brother, David (Evelyn) Brose; sister, Eleanor Odell; 13 grandchildren, and 5 great-grandchildren. John will be cremated, and his ashes scattered. Memorial gifts may be sent to Project MedSend, marked In Memory of D. John Brose, 999 Oronoque Lane, Stratford, CT, 06614-1379, https://medsend.org
See more See Less

In Memory Of Daniel John Brose