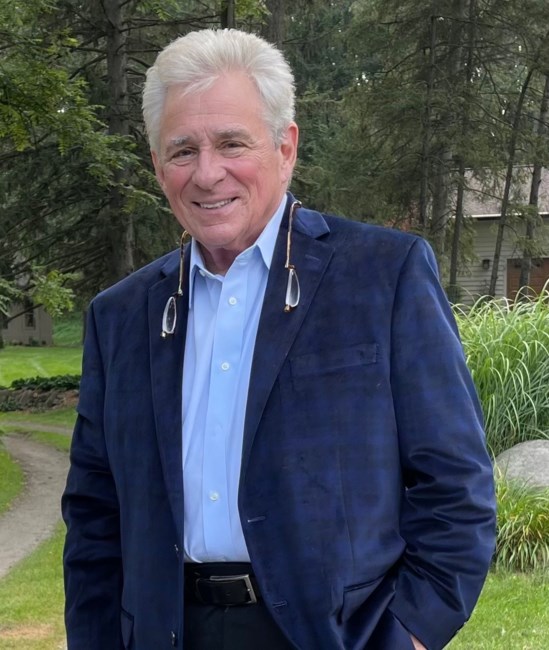 The Reverend Doctor Harry Edward Capps, age 80, of Grosse Pointe Woods, passed away Friday, May 13, 2022, surrounded by loved ones at Ascension St. John Hospital, Detroit. He was born March 20, 1942, in Pittsburgh, Pennsylvania, the son of Harry Russell Capps and Eleanor Virginia (Brubach) Capps. Harry was a 1960 graduate of Avalon High School, Pittsburgh and a lifelong learner. He earned a Bachelor of Philosophy from Grove City College; a Master of Divinity from Princeton Theological Seminary; a Master’s degree in Counseling from Central Michigan University; a Master’s degree in Psychology from University of Detroit Mercy; and a Doctorate in Clinical Psychology from Wayne State University. In addition to his early community involvements and volunteering, Harry began his career as a minister in Lansdowne, PA before he moved his family to Cass City, MI. There he served as minister of the First Presbyterian Church of Cass City for 15 years. Harry continued his pastoral work at Point of Vision Presbyterian Church in Royal Oak, and then as the Night Chaplain at Detroit Receiving Hospital before retiring as a minister. He then turned his focus fully toward his career as a psychotherapist in his private practice, Capps Assessment Psychological & Psycho-Educational Services in St. Clair Shores, and finally for Senior Wellness Group of Michigan where he continued to work until he retired at the age of 76. Beyond his career, Harry was dedicated to his spiritual studies, health, nutrition and fitness. He continued to exercise vigorously most days of the week until he passed. As a part of maintaining his health and wellness, he participated regularly in a rotation of healing practices including Qi Gong, EFT or “tapping,” Reiki and energy work, spiritual retreats, and more. Accomplishments aside, Harry was a man of profound love and wisdom. He took great pride in his children and grandchildren. He celebrated each and every event, big or small, with gratitude and unconditional support. He brought laughter to everyone present with his unforgettable jokes and beaming smile. Harry was incredibly intelligent, insightful, compassionate, loving, and committed to the wellbeing and service of others. Harry was preceded in death by his parents and his wife, Jill (Baker) Capps. He is survived by his children, Jeremy Capps and wife Lisa, Stacey Meininger and husband Brent, and Kylie Gojanaj and husband Christian. He leaves four grandchildren: Darin and Eric Capps, Sienna Meininger; and his newest joy, two week old Lina Gojanaj. He is also survived by his brother, Kenneth Capps and wife Karen, niece Kristina (Tom) Hoops and Kevin (Kathy) Capps and his special friend Beverly Holmes, of Denver, with whom he enjoyed traveling and finding new adventures. Special thanks to the Gojanaj family, Gjok, Vera, Joseph and Nina for the love and care they shared with Harry over the past 10 years. A private celebration of his life will be held at a later date. In lieu of flowers, memorials may be made to The First Presbyterian Church of Cass City, Bell Tower Fund. P.O. Box 152, Cass City, MI. 48726.
See more See Less

In Memory Of Harry Edward Capps