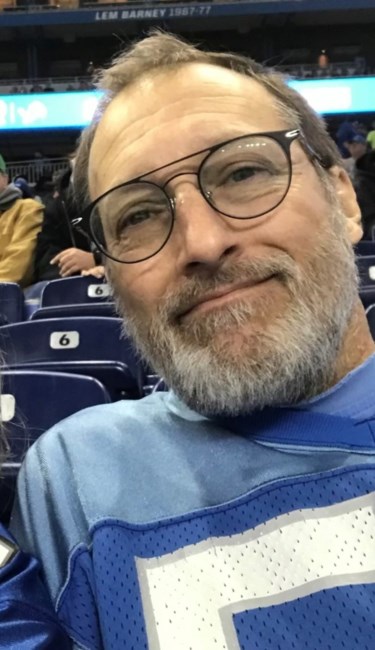 Jean-Christophe (Chris or Jean) Maurice Dedeyne, 65 years old, was born in Detroit on July 26, 1957. He passed at his home in Grosse Pointe Woods on Thursday September 15, 2022 while fighting appendiceal cancer. He was the beloved husband of Sherri (nee Plumb), devoted father to Justin (Kate Cavataio) and Zoé, cherished son of Lauraine (Vaes) and the late Pierre Dedeyne, and darling brother to Michéle (Joseph) Emmons and Daniéle (Jeff) Hargis. Jean-Christophe was also an adored uncle to Désirée (Jeff) Peterson, Alexandre Dedeyne (Roxanne Theodore), Christopher Hathaway, Matthew Shanahan, Matthew Hathaway, Sarah Shanahan, Patrick (Kelly) Conrad, Nicolas Conrad, Jacques-Yves Emmons and Adam Hargis. He was dearest son-in-law of William and Janice Plumb and brother-in-law of Gayle (Tim) Shanahan and Jill (Andy) Conrad. Not to forget, he was best pal and cuddle buddy to Aubree and Friday. Jean-Christophe’s love of cars began when he was just a toddler. He was able to name every make of car he saw as grandpa or Papa drove. After graduating from Lakeview High School in 1975, he continued his education in Colorado where he attended automotive school. Jean-Christophe returned to Michigan after trade school to begin his long mechanical career. He started out working on Triumphs and MG’s which is how he met the love of his life, Sherri. She had a Spitfire that needed repair and Jean-Christophe was the guy to do it! Jean-Christophe later worked on Toyotas at various dealerships. While working for Toyota he furthered his education and became a master mechanic, winning many national awards. Jean-Christophe loved the Montreal Canadiens, the Red Wings and, of course, the Lions. He was a Lions season ticket holder of 45 years. He also had an eclectic car collection, ranging from a 1968 Simca 1204 to his 2009 Dodge Challenger SRT8 and to his 1989 Toyota 4Runner. Just two days following his death, Justin (son of Jean-Christophe) entered the 4Runner in the Radwood Detroit 2022 Car Show. It won the Raddest Truck Award. Jean-Christophe would have been proud. Jean-Christophe’s family would like to thank all the healthcare providers, friends and family who have supported them along this arduous 5-½ year battle. A memorial visitation for Jean-Christophe will be held Saturday, October 1, 2022 from 3:00 PM to 7:00 PM at A.H. Peters Funeral Home, 20705 Mack Ave, Grosse Pointe Woods, Michigan 48236, followed by a memorial service at 7:00 PM. In the nature of his love of sports please wear either a Lions, Red Wings, or Canadiens Jersey with cargo shorts. In lieu of flowers, please consider making a donation in his honor to The Arc of Grosse Pointe/Harper Woods at their website: https://www.thearcgp-hw.org/donate/ The Arc Grosses Pointe/Harper Woods 20475 Sunningdale Park Grosse Pointe Woods, MI 48236 585-457-8588
See more See Less

In Memory Of Jean-Christophe Dedeyne