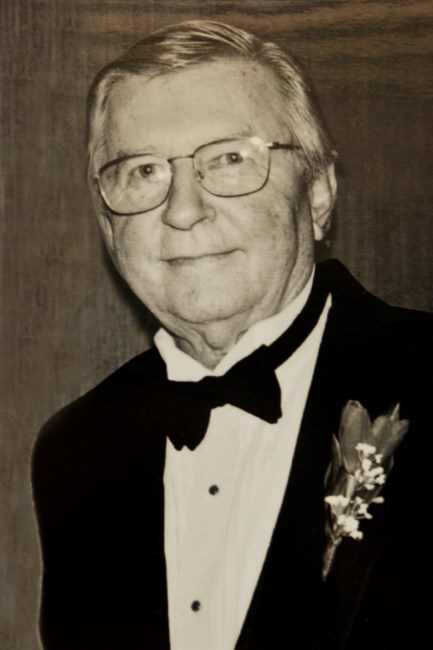 KOSEK Leon John DDS (Lee), age 97, of Grosse Pointe Woods, passed away peacefully on May 12th. Lee’s warm smile and gentlemanly ways will be missed by all who knew and loved him. Lee Kosek was born in Detroit, the son of John and Sophia Kosek who immigrated from Poland. He graduated with honors from Cass Tech High School and The University of Detroit and received his Doctor of Dental Surgery degree from the University of Detroit Dental School. Lee was a Veteran and served in Patton’s Third Army throughout Europe during World War II. While socializing with the U of D Polish student club, Lee met Delphine Kosek (Makowski) and realized he had met his match. They married in 1952 and shared 65 joyful years of marriage before Del passed in 2017. Dr. Leon J. Kosek (Dr. K) built his dental practice from the ground up, starting with a small office on Van Dyke in Detroit and later expanding to a larger space in Warren. He was an active member in the Detroit District Dental Society and The American Dental Association, serving on a committee that facilitated the introduction of fluoride to drinking water to improve the dental health of children. His patients appreciated his kind and gentle touch and Dr. K especially enjoyed talking with them and learning about their lives. When he retired at age 60, what he missed most was conversing with his patients. Lee and Del dearly loved each other, their family, and their friends. Cherished memories included time spent boating, fishing, skiing and traveling. Lee was skilled at playing tennis and was disappointed when he had to give up playing singles in favor of doubles when he turned 75. Lee’s favorite trick was to play with two forehands since he was ambidextrous and could play with both hands. He was on the courts year-round until he turned 90. His lifelong joys included world travel with Del, watching movies, and football. Lee was ecstatic when he found the “Red Zone” where he could watch every touchdown in every game as soon as it happened! Above all, Lee was a devoted family man and his seven children are still amazed at his immense patience and calm demeanor -they threw a lot at him during their teenage years! Leon is survived by his children, Leon Jr. (Cheryl), Jim, Ann Conklin (Matt), Cathy Hubbard (John), Lynn, John (Terri), and Steve (Jane), his grandchildren, Joe, Andrew, Debra (Jeff), Matt (Christine), Eric, Tom (Christina), Jenny (Mike), Maia, Thalia, Kate and Krista, and great-grandchildren, Liam, Bethany, Declan, Eliana, Will, Owen, and Brayden (and two more on the way!). Leon was preceded in death by his beloved wife Delphine, parents John and Sophia Kosek, his brothers, Joseph and Thomas Kosek, and his sister, Estelle Pazgrat. A memorial mass will be held to celebrate Leon’s life on Saturday, June 4th at Our Lady Star of the Sea Catholic Church in Grosse Pointe Woods, with memorial visitation at 9:30 AM, and Mass at 10:00 AM. In Lieu of flowers, donations are appreciated to the Capuchin Province of St.Joseph, 1820 Mt. Elliott, Detroit, 48207.
See more See Less

In Memory Of Leon John Kosek

Our Lady Star of the Sea

Our Lady Star of the Sea