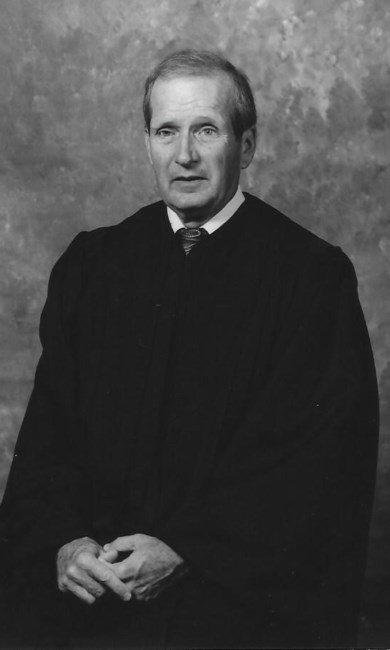 It is with great sadness we report the passing of Paul S. Teranes, age 86, on Mon., May 9, 2022, surrounded by his loving family. Paul was a devoted husband, a loving father and grandfather, and a cherished friend to many. He will be dearly missed. Paul was born on June 25th, 1935 to Stephen Teranes and Anne (Goldgruber) Teranes in Two Rivers Wisconsin. Paul was born with congenital glaucoma, a relatively rare condition that caused him to gradually and completely lose his eyesight throughout his childhood. Determined to provide the best life for their son, Paul’s parents prioritized his education and encouraged his independence, advocating for Paul to attend the University of Detroit Jesuit High School and supporting Paul’s decision to go away to college. Paul graduated with honors from The College of the Holy Cross in Worcester, Massachusetts in 1958. After graduation, Paul took the advice and encouragement of his eye doctor and went on to law school, receiving his JD from the University of Michigan Law School in 1961. Paul was well-suited to the practice of law, and he had a long and rewarding career. He served as an assistant prosecuting attorney for Wayne County from 1962 to 1982. He was appointed to the Wayne County Circuit Court by Governor Millikin in May 1982 and was elected to three six-year terms. He retired from the bench in 2001 and continued to work as a visiting judge, arbitrator, and facilitator. He was known for his knowledge of the law, respectful treatment of everyone in his courtroom, calculation of numbers in his head, and giving directions without a map. Paul’s awards include the “Professional Man of the Year” award from University of Detroit High School in 1978. He was also selected by Michigan Lawyers Weekly as one of Michigan's most respected judges while he served on the court. For as sharp as he was intellectually, Paul’s personality was soft. He was, above all else, a kind man. He loved people and conversations. He told endless stories of friends and acquaintances and events, with an appreciation of the humanity that unites us. Paul was a dedicated citizen and an active member in the community. He served on the boards of the Leader Dogs for the Blind, SMART, and the Michigan Law Association committee on Americans with Disabilities Act. He was an active member of the Catholic Lawyers Society, the Witenagemot Society and the Easy Riders bike club. Paul was a devoted parishioner at St. Philomena Catholic Church for many decades, where he also served on the Administration and Finance Committee. Paul approached life with a positive attitude, and he overcame the many challenges in his life with consistent good humor and dignity. He was an inspiration to many. Much should also be remembered about the people that helped him along the way, including his parents, who took great effort to expose Paul to sights of the world before he completely lost his vision; Leader Dogs for the Blind, who raised, trained and provided the many service dogs that gave Paul his independence; and his wife Barbara, his beloved companion for 56 years, who ensured their lives were full with friendship, family, service, love, and many many wonderful adventures traveling the world together. Paul S. Teranes is survived by his wife, Barbara; his children, Richard (Cindy) Teranes of Grosse Pointe, Jane (David Holway) Teranes of San Diego, CA, Daniel (Kayla) Teranes of Grosse Pointe, and Amy (Corey) Snow of Pacifica, CA; his grandchildren Ethan, Carter, Cole, Camryn, Lorenzo, Eva, Marcella, Anderson, Alpheus and Greta; and his trusted Leader Dog, Morgan. He was preceded in death by his parents and his siblings, Dorthey Drahos and Richard Teranes. Visitation will be held at A.H. Peters Funeral Home (20705 Mack Ave, Grosse Pointe Woods, MI 48236) on July 14th from 4pm-8pm, sharing of memories and stories will be from 6pm-7pm. A Memorial Service will be held at 3 PM Friday, July 15th at Ss. Peter and Paul(438 St. Antoine, Detroit, MI 48226). Parking is available in the U of D Law School student parking lot just behind the church on Larned Street. In lieu of flowers, memorial contributions can be made to Leader Dog for the Blind (1039 S. Rochester Rd., Rochester Hills, MI 48307-3115) at www.leaderdog.org/donate/
See more See Less

In Memory Of Paul Stephen Teranes