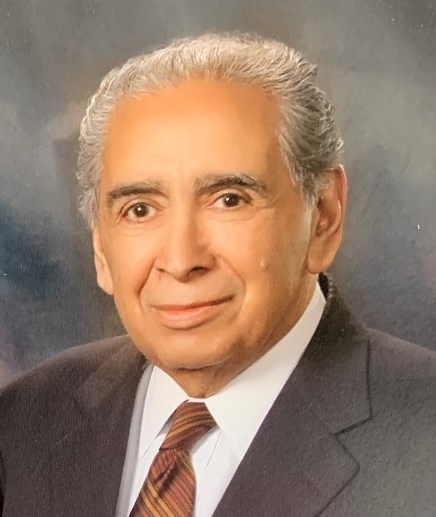 Loving father and husband, Dr. Robert Sidney Barbosa (Bob) left this life on Saturday, January 15, 2022, in Grosse Pointe Shores, Michigan. He was 85 years old. He passed into the arms of our Lord to join his wife of 60 years, Carmen (nee Espindola) Barbosa and both his sons, Sidney Robert Barbosa and Aaron John Barbosa. Born June 16, 1936, in East Los Angeles, California, to the late Sidney Robert Barbosa and Rita (nee Barrerra) Barbosa, Bob spent his early years of life in California, graduating from Garfield High School, and enlisting in the United States Army at 17. He served as a paratrooper in the 11th Airborne Division for 5 years, working overseas in Germany. After his military service, Bob attended Cal State Los Angeles, receiving a Chemistry BA in 1963. He went on to graduate from Des Moines University College of Osteopathic Medicine in 1967. Residency in Detroit for Orthopedic Surgery followed before establishing a successful practice in Phoenix for nearly 10 years. Bob completed a fellowship in Micro Hand Surgery in Louisville in 1982, returning to Phoenix where he practiced Micro Hand Surgery for another 13 years. In 1995, he moved to Grosse Pointe Shores, Michigan, joining a Hand Specialist Group where he practiced until 2013 when he retired. Bob treasured his family, showering them with love, including them in adventure, and gathering them in nightly discussions around the dinner table. He is survived by his beloved sister, Evelyn Rita Barbosa, his three daughters, Jamille Hendershot (Mark), Jacqueline Carroll (Jim) and Gina Belknap (Frank), daughter-in-law Lillian Owen; eight grandchildren, Robert, Sidney, Alex, Sarah, Alexandra, James, John, and Aaron, and four great grandchildren, Kaden, Talon, Keegan, and William. His service will be held Crosspointe Christian Church, Saturday, January 29, 2022 at 2:00p.m.
See more See Less

In Memory Of Robert Sidney Barbosa DO