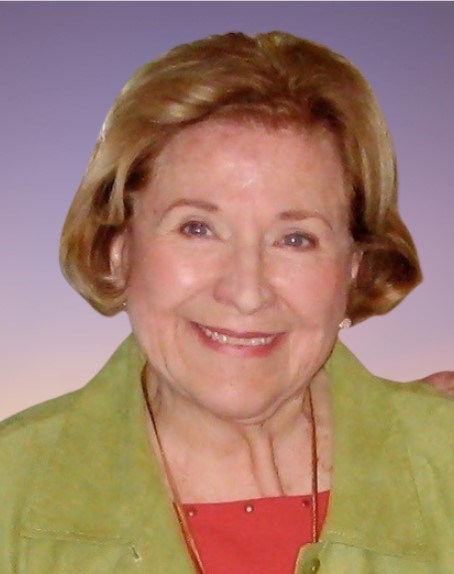 Lifelong Grosse Pointer Sara Critton Jay (Dent) passed away September 22, 2022, after a brief period in hospice at Lakeshore American House, St. Clair Shores, MI. She was 94. Sara (always known as Sally) was born August 8, 1928, the youngest daughter of Glen W. and Helen Scott Critton. She grew up on Berkshire Road, Windmill Pointe, in Grosse Pointe Park, Michigan, and attended Country Day School. As a young girl, Sally loved spending summers up north at the family cottage with her sisters, her parents, and her beloved nannie, Toni Pouch. The Manistique summer home sat on the shores of Indian Lake, in Michigan’s upper peninsula. There she learned to swim, golf, fish, and hunt, receiving her first shotgun at the age of thirteen. After graduating from Detroit Country Day, Sally attended the Marjorie Webster School, in Washington, DC, and later Michigan State University, where she wrote and co-produced the play, The Gay Deceiver. While in Washington, she and a small group of classmates had the honor of attending a formal tea with the First Lady Bess Truman at the White House. After college, when Sally was working as a stewardess for American Airlines, General Eisenhower and his wife Mamie were Sally’s special charges, before he became president. He specifically requested Sara Critton for their next flight, shortly before his run for the White House. Sally married Robert (Bob) Jay, the love of her life, in 1952. They had five children while living in the City of Grosse Pointe, their first home being on Lakeland and the second being at the corner of Lincoln and Jefferson. Her family and home were the focus of her life. Bob Jay predeceased her on January 26, 1983 at the untimely age of 58. They had a glorious life together, and belonged to many of the local clubs, including GPYC, CCD, DAC, and DYC. They were both accomplished dancers and never missed a chance to cut a rug. Sally’s incisive wit and comedic timing often left people gasping for air and nearly dying of laughter. She was keenly observant and hysterically funny. Sally was active for many years with the Bon Secours Assistance League (now Beaumont Hospital—Grosse Pointe), bringing gifts and good cheer to patients. She was also involved with other local charitable groups, like the Christ Child Society and the Fontbonne Auxiliary. Sally outlived three husbands: Robert J. Jay, Richard Bayer, and Robert Dent. Besides her homes in Grosse Pointe, she had homes at various times in St. Clair, MI, Palm Desert, CA, Green Valley, AZ, and Lake Jovita, FL. She was an avid golfer, an inveterate bridge player, and she had a singular knack for making new friends, wherever she went. Sally traveled the world on many cruises, including an around-the-world excursion. She visited every continent except Antarctica, and always brought home unique gifts for everyone. Besides her husbands, Sally was also predeceased by her sisters Mary Smith, Audrey Knight, and Doris Bell; and her beloved son, Gregory Patrick Jay. She is survived by her children, R. Jeffrey (Debra) Jay, of Grosse Pointe Farms, MI; Thomas C. (Eileen) Jay, of Port Huron, MI; Julie M. Jay, of San Francisco, CA; and Amy J. (Edward) Thibodeau, of Royal Oak, MI; her grandsons, Timothy Jay, Ryan Jay, and Daniel (Alyssa) Thibodeau, and her granddaughter, Emily (Brett) Mecham, and their children (Sally’s great-grandchildren) Madeline, Vienna and Ella. In her last years, she remained strong in her faith and unwaveringly positive. She was immensely proud of her family and loyal to her friends. No matter what health issues she faced, Sally always said she was “never better!” Whenever anything took a bad turn, she would simply say: “It could be worse,” then launched into an amusing story. No loss or tragedy ever kept her down. Visitation Thursday, October 6, 10:00 AM, funeral service 10:30 AM, A.H. Peters Funeral Home, Grosse Pointe Woods, MI. In lieu of flowers, the family asks that donations be made in Sally’s memory to the charity of your choice.
See more See Less