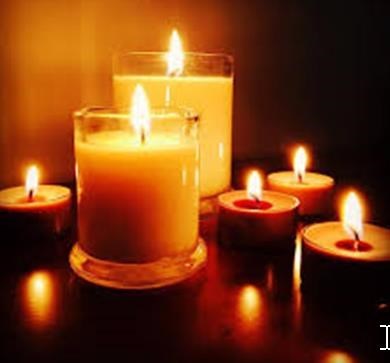 Leonard M Vogt, Jr., 71 of Wildwood, IL passed away at 11:44 a.m. on the 19th of September, 2020 at Holy Cross Medical Center in Des Plaines, IL. Born December 9, 1948 in Detroit to Monecia and Leonard Sr., he was the younger brother of Marlene and the late Marilyn, both of Michigan who lovingly referred to him as “Little Lord” due to the attention that he garnered from an early age. Len met the love of his life and wife of 51 years, Carolyn, while they both attended Eastern Michigan University. They were married in 1969 before he completed his Bachelor’s degree with honors in 1971. Their family began with the addition of Brian (1971), followed by Kristi (1973), and eventually Jason (1983). His family was by far the greatest asset Len possessed in his lifetime as he was not just a supportive husband and father but excelled as an amazing grandfather to Josh, Makayla, Katy, Dustin, Kory, and Benjamin whose presence brought on a youthful resurgence in his later years. After hearing about his passing, a family member stated, “… Lenny was a force of nature.” Those which had the pleasure of knowing him would surely agree. Throughout the first 35 years of his career Len held several progressive positions with the retailer Montgomery Ward where he established himself as an automotive repair industry executive prior to starting his own business in 1998. LEN’s COmpany, LENCO, was formed with the idea of representing a handful of niche automotive equipment manufacturers to compete with the marketing strength of larger manufacturers. This venture in his career proved successful and became a passion in his life by not only being a means of supporting his family but whereby he had the pleasure of working with friends and colleagues until the end. The freedom of being self-employed provided Len the ability to give back to the industry that he loved by donating time to the Automotive Maintenance and Repair Association (AMRA/MAP), where he led numerous technical committees and had the pleasure of serving on the organizations Board of Directors appointed as the Secretary/Treasurer. For those of you especially close with Len, or even anyone who’s spent more than a half hour conversing with him, you surely would appreciate some additional background and stories of interest from Len’s past. We could have gotten to the points sooner, but that would not have been fitting for a “Len Story” as a lengthy recounting of details was always provided to establish the context. Len grew up in the western suburbs of Detroit where his father worked for Chrysler as a superintendent for their specialty vehicle production lines. This exposure to automotive technology from a young age along with the numerous special limited production and test vehicles that his father would test drive with him left it as no surprise that he found the automotive repair industry so interesting resulting in a lifelong career. Len spent a considerable amount of his youth at his paternal grandfather’s farm outside of West Branch, MI during weekends and summers where he became an avid outdoorsman. He later shared this passion with those around him, including passing on these traditions and knowledge to friends and future generations. Len was even successful at turning a few golfers into some of the best Hunters that he’s ever known, unfortunately they couldn’t return the favor and Len’s success was best demonstrated with a rod or rifle as his clubs gathered dust at home. In 1959, at the age of 11, Len met Mike Illitch who was opening a small pizza shop in the strip mall across the street from his childhood home. Mike offered to let Len deliver pizzas around the local area for tips that he would receive from deliveries. Always a negotiator, Len agreed with the condition that if he did not get a tip Mike would pay him 50¢ per delivery. He delivered pizza by bicycle for “Little Caesar’s Pizza Treat” in Garden City, MI. In retrospect, Len might not have been the best negotiator at this young age, although his best tip was $5, admittedly from a gentleman who might have drank a bit too much before the pizza arrived. Comparably, that little pizza shop developed into the third largest pizza chain in the U.S. and an international firm. This was not the only irony that Len faced as a child. In grade school he managed to break his left arm on three separate occasions but was fortunate when he learned later in life that the last mending of the bones was a bit sub-optimal. This came to be a blessing in disguise as he was selected for the draft and failed to pass his medical evaluation after the physician identified an issue limiting the range of motion in his left wrist. On this occasion he wisely chose not to debate his fitness to fire a rifle due to the limits of how his left hand gripped the forearm of the rifle incorrectly. This was especially fitting as he participated in the Junior Marksman Program for much of his youth and had fared quite well on his Universities ROTC Competition Marksmanship Team. Please share additional stories from your experiences with Len to honor his passing as we await the appropriate time to honor him with a memorial event.
See more See Less