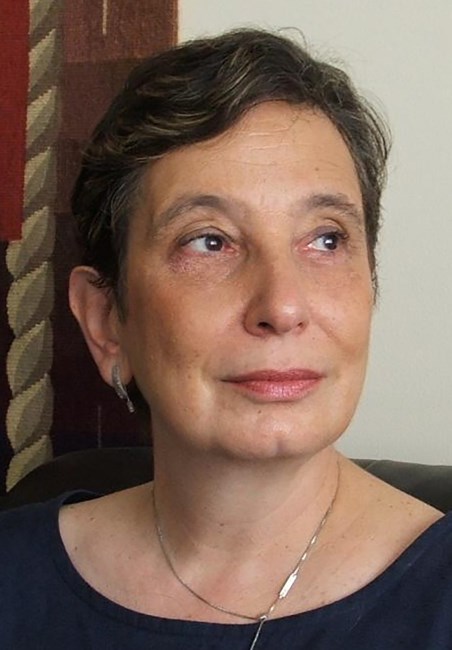 Ecaterina Gerson, 64 years of Fort Lee, NJ. Devoted sister of Susana Stoica, loving aunt of Andrei and Renata Stoica and great aunt of Emilia Stoica. Ms. Gerson was born in Romania and lived in Israel before moving to the United States. She started her studies and continued for many years with Rozalia Stern, a former student of Jeno Hubay, the renowned Hungarian violinist and pedagogue. Studied at the Music Academy in Bucharest where she obtained her PhD, and MA. Further studies took her to London, Great Britain (Colour Strings course with Geza Szilvayi) and Nice, France (Chamber music with Maurice Raskin, a former student of Eugene Ysaye). She received her Suzuki Teacher Certification from the School for Strings in New York where she studied with Louise Behrend who became her beloved mentor over the years. Her affiliation with the School for Strings as faculty started upon graduating from the teacher training and she also served as an assistant to Ms Behrend for many years in the same seminar. Her previous teaching positions included the School for Performing Arts in Bucharest (Romania) Music Conservatory in Haifa (Israel) Diller Quaile School of Music (NY), Queensborough Community College (NY) and Queens College (NY) where she also served, for well over a decade, as the coordinator for the Suzuki program and String Department. Played in and recorded with chamber orchestras a large variety of repertoire that ranged from baroque to premiering contemporary music, in Israel, France and Romania. She toured with the students from the Center for Preparatory Studies in Music, Queens College, NY, in: Austria, Czech Republic, Hungary, Italy, Switzerland and Romania. Her students or graduates of her studio, participated in several competitions such as YMCA- Young Artist Competition (Flushing, NY)–Junior Division, first prize, Queens College–Flushing NY (both junior and senior divisions) School for Strings as well as the Wieniawski competition (Poland) second prize. Participated in Suzuki workshops and institutes in New Jersey (Princeton, Tenafly, Ridgewood) New York (School for Strings, Queens College and Brooklyn Academy of Music), Romania (Romanian Music Teacher’s Association, Bucharest) and taught a violin pedagogy course in Spain (The University of Alcala de Henares). Many of her students have graduated from Music Academies, or have a minor in music from their Universities. Some of them are teaching and performing, others are active in music related fields or are dedicated chamber players along with their careers. Service 4PM, Wednesday, March 22, 2017 at Gutterman and Musicant Jewish Funeral Directors, 402 Park Street, Hackensack, NJ. If you would like to make a donation, in Ecaterina Gerson’s memory, the family would like it to be made to the Jewish Home of Rockleigh, where Ecaterina Gerson benefited from an exceptional care. The checks should be made out to The Jewish Home Foundation, Attn: Melanie Cohen and sent to: The Jewish Home in Rockleigh, 10 Link Dr., Rockleigh, NJ 07647. They requested that the check should mention: “In Memory of Ecaterina Gerson”.
See more See Less

In Memory Of Ecaterina Gerson