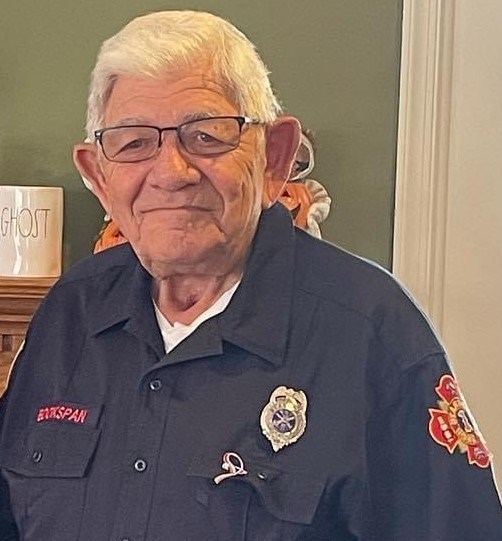 Emanuel “Neil” Bookspan Neil Bookspan passed away at 10:00 am on Sunday, January 22, 2023 at the New Jersey Fireman’s Home in Boonton NJ. Neil was born on March 30, 1940 in Bronx NY to the Late Leo and Shirlee Bookspan. He grew up in Queens NY where he met his late wife Marilyn Gail Feldman. They were married on August 26th 1962. Neil was the third generation business owner of A.B. Scheumann Lumber along with his late brother Ken, based at 527 West 36th St, NY New York. Neil lived a life full of service to the community. When he moved to Teaneck, NJ in 1971, he joined the Teaneck Auxiliary Police, where after many years as an Officer, he became Chief. He dedicated years of volunteer work at Holy Name Hospital, and after retirement and moving to South Carolina, continued his care giving at Carolina Health Care Systems. Neil was a Flotilla Commander for the US Coast Guard Auxiliary where he loved to spend hours of service with his wife on their boat, “The Unikorn” on the Hudson River. Neil was also a dedicated member of the Boy Scouts of America where he spent 75 years working with Cub Packs, Scout Troops, the Order of the Arrow and many district and national events. Neil was a member of the Knights of Pythias and the Elks Club and when he moved back to NJ in 2020 to live with his family, he continued his life of service by joining the Stanhope Volunteer Fire Department as a Fire Police Officer until he became too ill to serve. He is survived by son Alan, and his wife Allison, His son Stephen, and his wife Lisa and granddaughters Arielle, Sydney, Jordan and Jesse Funeral services will be held at Gutterman and Musicant Funeral Home at 402 Park St, Hackensack NJ on Tuesday January 24th at 11:30 am, followed by a brief committal service Cedar Park Cemetery, 735 Forest Ave, Paramus, NJ. Friends attending may begin to arrive at the funeral home at 10:15 for ample time to pay respects to the family. The Parking Lot is located across Park Street opposite the funeral home. In Lieu of flowers, donations would be appreciated by the family to the Stanhope Fire Department or the NJ State Fireman’s Home, in Boonton, NJ in his honor. Fond memories and expressions of sympathy may be shared at www.guttermanandmusicant.com for the Bookspan family.
See more See Less

In Memory Of Emanuel "Neil" Bookspan